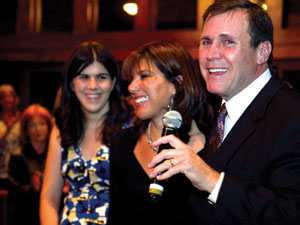 Assemblyman Scott Wilk (R-Santa Clarita) proposed a new bill suggesting a fourth university system in California, which would be called the New University of California.

The new system, as explained in AB 1306, would be an addition to the three systems already in place: University of California, California State University and California Community Colleges (CCC).

The New University of California, according to the text of the bill, will not provide instruction “and the mission of the university shall be limited to issuing college credit and baccalaureate and associate degrees to any person capable of passing the examinations administered by the university.”

Mike Magee, interim vice chancellor for CCC, said the college system is aware of the bill but still have several questions, especially regarding accreditation.

Currently, the bill only addresses accreditation by stating that the new university will be eligible to apply for it through the Western Association of Schools and Colleges or any other appropriate entity.

Both the CSU and UC have also heard about the bill but have yet to release their formal positions.

“We are still evaluating it,” said Dianne Klein, media specialist for the UC. “There are a number of issues related to the legislation that concern us, but we don’t yet have a formal position on it.”

Stephanie Thara, web communications specialist for the CSU, said the university is still reviewing the potential impacts a bill like this could have on them.

“Once we’ve completed that review, we can share our position on the bill in the next few weeks,” she said.

The goal for the proposed system is for students to gain the knowledge and skills necessary to pass an exam given by any source. When students feel they are ready, they will pay a fee, provide identification and receive academic credit upon passing the exam. Once they have enough academic credit, the university will issue them a degree.

Magee questioned whether or not a student taking an online course would continue their education if they failed the exam.

The bill was set to go to the Committee on Higher Education for analysis later in April, however Wilk said he is not going to move the bill this year.

“The bill is broader than I wanted it to be,” he said.