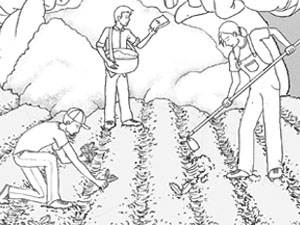 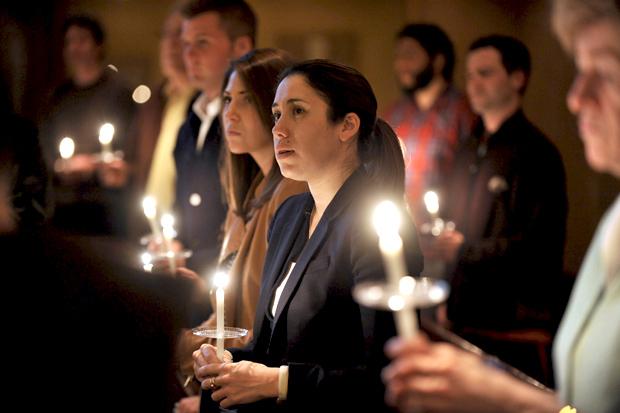 Monday’s terrorist attack at the Boston Marathon. How do we address this? How do we cope? Remnants of 9-11 are etched into our conscious. We struggle to find reason or sanity. It’s a virtually impossible task to understand the actions of some people in this world. Instead we are left with images of utter chaos. Boston Marathon victim, Jeff Bauman, the man in the wheelchair. His foot missing. The flesh on his lower leg flayed down to the bone. The look of shock on his face. Maybe trying to come to grips with his new world. One instant to the next a world in which he was physically destroyed.

It’s a painful reality that we are easily affected by outside influences in this world. But the one positive in this is that we can survive. We can overcome and we can live our lives in as normal a manner as possible.

Maybe with the hindsight of 9-11 it’s easier to grasp this very simple concept. Most of us were born into a very safe existence. Our exposure to graphic and destructive violence is probably only involved in elements of photography or video. We haven’t seen the force of a bomb ripping through a human body in person. And thank whatever you do or don’t believe in we haven’t.

After the proverbial and literal dust settled yesterday, an astounding picture began to unfold across the media and the Internet. The first explosion next to the finish line was devastating. The numerous videos showed runners and officials were knocked to their feet while many onlookers screamed in understandable terror. When they got up or were done registering their shock, instead of running away, the completely reasonable response, they ran to the explosion. A vast swath of people who decided in an instant to help.

The comedian and actor Patton Oswalt had a wonderfully poignant and amazing Facebook post yesterday. In it he remembers his reaction to 9-11. His utter lack of faith in our species was immediate but then he realized that the people behind these attacks are such a worthless fraction of humanity as a whole that we can take comfort in the realization of our worth as a society to destroy their actions by doing good things.

Those actions are the war protestor, Carlos Arredondo, holding Jeff Bauman’s femoral artery as they rush to get him help for his missing legs. Arredondo lost two sons, one in Iraq and one to suicide. His life was torn apart by violence and yet he carries on and in the process helped another human being to survive.

NFL player, Joe Andruzzi, was at the finish line greeting racers. In the aftermath of the explosion he carried a woman to safety. His three brothers are New York City firefighters and were at the World Trade Center during 9-11. He and his brothers represent all that is good about us. Helping people who need it, regardless of their own safety.

Marathon runners were reportedly running to the area hospitals to donate blood. Surrounding businesses tweeted out their offers to let people come and stay at their businesses until things cleared. This is the beacon of hope and comfort we all offer.

It’s too early to figure out who is responsible. It’s too early to understand the worst parts of our society and why they would murder 8-year-old Martin Richard who was cheering on his father in the race. There’s no good in his death except to know that he won’t be forgotten.

So, here we are. Another horrific event. Another unnecessary tragedy. But, we cannot be afraid or apathetic. Bad things will continue to happen. It’s an inevitability. But with that inevitability of wrong there is the opposite good and it’s so much more overwhelming than any degree of bad. Time and time again, each national tragedy has proved this unbelievable form of willpower to do good and nothing will destroy that.

-Nathan loves his hometown of Boston. Too many good memories exist in Beantown for this shitty event to destroy them or the people there. Semper Fi.