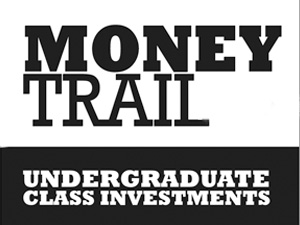 A global grassroots movement aiming to solve the climate crisis, 350.org, has asked college campuses to immediately freeze any investments in fossil fuel companies, even if those investments continue to bring in revenue for the schools.

According to Griffin, companies invested in through mutual funds include, Royal Dutch Shell (Netherlands), CNOOC, LTD. (China), and Petroleo Brasileiro (Brazil) and are selected by the corporation’s professional investment advisor.

More than $600,000 has been invested directly in fossil fuel related companies, on behalf of the University Corporation, and by students, through the Student Investment Fund, in two honors investment management classes.

The non-profit’s online petition can be signed by those at CSUN and is requesting the school’s president, Dianne Harrison, to freeze any investments that they say will “condemn the planet to climate disaster.”

“We have a portfolio manager that help us manage the portfolios that we want to be well diversified. [If we divested money] from those companies, we would have to build a portfolio thats less well diversified,” Jennings said. “You take on risks you don’t really want to take on but that doesn’t mean we can’t do it, but there is a consequence.”

Although no organizations or departments at CSUN officially endorse the 350 movement, David Klein, professor of mathematics and director of CSUN’s climate science program, supports 350 and provides a link to 350.org on his homepage.

“The school would want to invest money in these companies because they are extremely profitable,” Klein said. “These companies make enormous profits, but it’s dirty money. They are destroying the earth’s biosphere.”

The petition is one of 350’s many actions that include online campaigns, grassroots organizing and mass public actions to mobilize cities, states, schools, religious institutions and businesses to stop investing in fossil fuel companies.

About 330 schools have started divestment campaigns in the U.S. The most recent schools to divest were Maine’s College of the Atlantic and Vermont’s Sterling College.

“To use those companies to make money seems kind of shady, but a lot of students have been screwed over through budget cuts and if the school can supplement that money from somewhere else, I feel that it’s worth it,” said Michael Hess, psychology graduate student.

The investment policy of the University Corporation, has a primary investment objective to achieve returns that preserve and grow capital, which keeps CSUN functioning, but nowhere does it state the school’s investments should be made with socially or environmentally responsible companies.

“There are a number of socially responsible investment filters. There are green energy companies, like solar and wind energy, who are in their formative stages and that’s the best time to invest,” Klein said.