Graduating from college with a debt-free degree has its costs 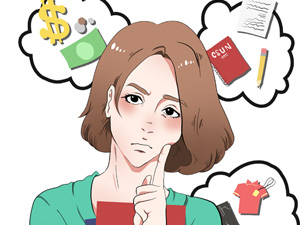 As concerns about national student debt crossing the $1 trillion mark flood the media, CSUN students are finding ways to graduate from college with a bachelor’s degree debt-free.

CSUN students said their concern about taking out loans comes from uncertainty in being able to pay them back.

Some students rely on their parents to pay for school.

“(My parents) had this college fund for me. Since they had high income that helps (them save for college),” said Penny Lanyon, 18, a freshman biology major.

Others have depended on savings to help pay for college.

“I worked on the movie ‘A.I.’ when I was 11,” said Nathan Rillo, 21, a junior journalism major. “I was Haley Joel Osment’s stunt double. They pay you an exorbitant amount of money.”

According to the most recent annual report of the university’s financial aid and scholarship department, more than 17,000 students rely on grants. For some, this can significantly or completely reduce the amount owed to the school.

Graciela Vargas, 18, a freshman social welfare major, has all her expenses covered through the aid she received by filling out the Federal Application for Federal Student Aid (FAFSA).

Students eligible for financial aid through the FAFSA may be offered multiple types of assistance, including the Pell Grant and federal loans, among others.

When the above methods aren’t enough, many Matadors chose to work full-time to afford the costs of education and avoid debt. While these students do not accumulate debt, the full-time schedule of work and school can be stressful.

“I work six days a week for six-hour shifts,” said Danielle Astraquillo, 18, a freshman undeclared major, who works at Mother’s Nutritional Center on Sherman Way and Reseda. “(Working) sometimes gets in the way of studying.”

Astraquillo said between school and work, there is little time for anything else.

“I go to school in the mornings, then straight to work, and then I stay up late to finish school work,” she said. “Sometimes I’m not able to finish my work (at night), so I come (to school) earlier to finish work.”

Despite the heavy workload, Astraquillo said the benefit of being debt-free definitely outweighs the packed schedule.

Teachers have been there

CSUN employees who graduated debt-free said the hard work it took to avoid taking out loans was worth the effort.

Tina Bertacchi-Love is a lecturer in English at CSUN who also received her bachelor’s and master’s degrees in English from the university in 1989 and 2003 respectively. She said she worked full-time to avoid debt.

“I graduated with (a lower) GPA, but what could you do?” she said. “I could have had all As if I didn’t have to work so often.”

Bertacchi-Love said working to pay for college was ultimately a positive experience in that it taught her how to avoid loans after she graduated.

“It was a great early lesson to not rely on credit cards and debt,” she said. “It helps how you’re going to function later in life.”

Bertacchi-Love said that students today, however, may have a harder time being able to work full-time and completely pay for school due to higher tuition rates.

Margeaux Gamboa-Wong, a lecturer in Asian American studies and English, said her personal experiences taught her that a student should think ahead about repayment if he or she chooses to take out loans.

“Have a plan,” she said. “Create some sort of budget, some idea of how much you’re going to need every month.”

Gamboa-Wong said creating a plan helped her discover she didn’t need to take all the loans she was offered during her last semester at CSUN in the spring of 2012, studying for her master’s degree in English.

According to the financial aid and scholarship department, there were 14,605 CSUN students with loans in the 2010-11 school year. These students in debt vary in their concern for being able to pay loans back once they graduate.

Roxanne Lawrence, 23, a junior social welfare major, said her field of study has contributed to her worries about paying off loans.

“I’m absolutely (worried about paying back loans) because it’s hard to find a job in my field especially,” Lawrence said. “Paying for grad school is going to be another problem. I’ll probably have to take out loans for that.”

Family experience has also increased her worries about paying back loans.

“My cousin took out a lot of money just for his undergrad degree, and he doesn’t even use it,” she said.

Lawrence said she is unsure about whether the loans will be worth it in years to come.

Other students who have taken out loans aren’t as worried that they’ll be able to pay those loans back.

Amanda Abarca, 21, a sophomore psychology major, said she plans for her salary when she starts her career to be enough to pay back her student loan debt.

“I’d like to be an academic college counselor,” Abarca said.

For students who take out loans, there are multiple options to pay them back and avoid default, according to Lili Vidal, director of the financial aid and scholarship department.

“There are plans that can be as low as zero dollar monthly payments or very low monthly payments, depending on the borrower’s individual situation,” Vidal said. “Borrowers need to work with their loan servicer to make sure they are in the correct repayment plan for their circumstances.”