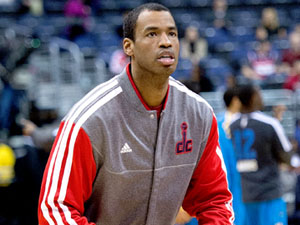 NBA veteran Jason Collins has become the first male athlete in a major professional sport to come out as gay during his career. The seven foot center has played for six different teams over his 12 year career, appearing in two NBA finals.

This is a major step in the right direction for not only professional sports, but society itself. A teammate is a teammate, just because one is gay, doesn’t mean he or she will be any less of a hard worker nor does it mean they would exude their sexual preference on the team. This is a conversation that is long overdue, considering how taboo the topic has been among the sports world.

I applaud Collins for his decision to put such a personal part of his life in the public eye. By being such a respected figure among his peers, hopefully the negative connotations surrounding gay athletes will dissipate.

Mainstream ideological beliefs toward gay people in our society has definitely improved especially among the younger generation. Although there are still those who oppose it, the topic is at least on the table and reforms are slowly emerging.

It was also refreshing to see a large number of current and former NBA players, including Kobe Bryant and Magic Johnson, come out and publicly support Collins and his bravery in his announcement. The biggest fear of an athlete coming out is the reaction from their teammates and peers. Knowing that he has the support of his peers, it allows Collins to be comfortable in his own skin and also allows an increased sense of relief for future athletes who want to follow in his footsteps.

The positive way this announcement was handled will undoubtedly inspire current athletes as well as increase tolerance and acceptance of homosexuals in the lockerroom.

Collins is currently a free agent and I sincerely hope that this news will not deter teams from potentially signing him. Collins has never been known as a star on the court, but his courage has established him as a pioneer and role model for many future and current athletes.