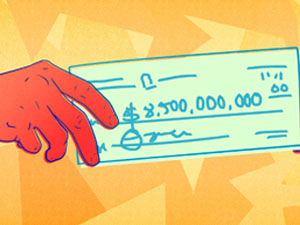 If Obama’s proposed budget is approved by Congress, the maximum Pell Grant award will stretch to $5,785, a $140 increase from the prior year. More than $35 billion in Pell Grant aid – a $2 million increase in awards from the 2013-14 FY – will be divided into 9.4 million different awards.

David Feldman, a graduating senior majoring in creative writing, said that increasing the maximum Pell Grant is important to help students who are increasingly non-traditional.

“The maximum is truly not enough, especially in this economy where a lot of people in their mid-20s and 30s are going back to school,” Feldman said. “They are not going to be able to get the same types of loans and backing as if they would if they were under a certain age and their parents could sign off on that.”

According to the budget, loans would reach up to 2,700 more postsecondary education institutions, and “savings from the new program would be reinvested in the Pell Grant program to help maintain the maximum Pell award.”

Borrowers who are not in default (regardless of when the loan was accessed) would be eligible to repay their debt in the Pay As You Earn program. This would allow borrowers to make payments not exceeding 10 percent of their discretionary income and forgive the remaining balance after 20 years of payments. 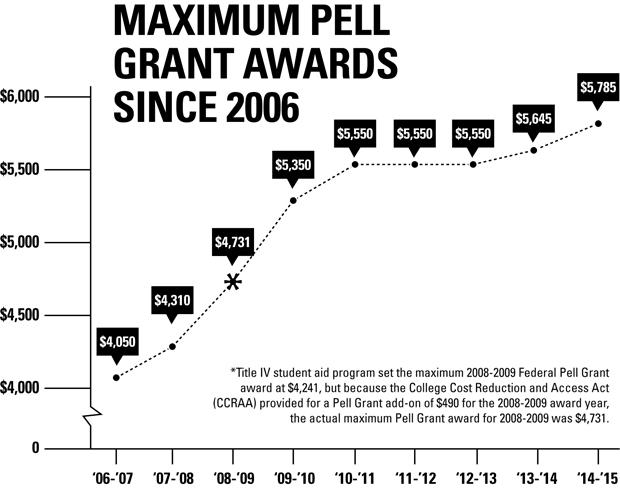 Feldman said the 10 percent cap will be beneficial to students who may not make much money the first few years after graduation.

“If you graduate with a B.A. with an English degree, it takes you a year to find a job as a  teacher somewhere. They are making $20,000 to $30,000 per year, and they are $20,000 to $40,000 in debt,” Feldman said. “In the greatest country in the world, there is no excuse for someone with a four-year education to have to go hungry because there is a larger percentage of their pay that needs to go to pay back the loan.”

The current Teacher Education Assistance for College and Higher Education (TEACH) program, which gives grants to students who want to become teachers, would be replaced by a new Presidential Teaching Fellows program, giving grants to states for students attending “high-performing teacher preparation programs.”

According to the budget, students attending successful programs in their final year of their study could receive up to $10,000 in scholarship.

If his budget is approved, the extra funding will help to supplement the 5.1 percent decrease in the 2013-14 academic year, when the sequester officially takes place.

Lili Vidal, director of the Financial Aid and Scholarship Department, said the sequester will only slightly reduce the Work Study program at CSUN next school year and will still be more funding than the department received during the current school year.

About $1.29 million will be available for up to 500 students next year. This year about 447 students are holding Work Study jobs, Vidal said.

She added that it is too early to speculate how the 2014-15 year will play out, regardless of Obama’s budget.

“The institutions participating in the Federal Work-Study Program receive an annual allocation that is based on a complex federal formula,” Vidal said. “We are informed of our allocation from the U.S. Department of Education during the spring prior to the award year.”

Vidal is more concerned with whether or not the Higher Education Opportunity Act, which determines federal student aid and expires at the end of 2013, will be renewed.

The Senate Health, Education, Labor and Pensions committee and the Education and Workforce Subcommittee in the House of Representatives both had hearings beginning the debate on reauthorization.

“Congress is working through Reauthorization of Higher Education and we don’t know what changes they might make to the allocation formula,” Vidal said.