Why to go back to your old consoles 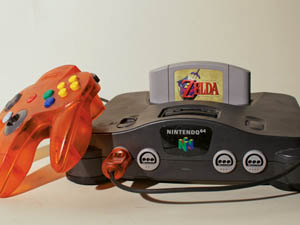 Hiding in a box in your parents’ garage or under your older brother’s bed there might be an old, outdated console.  Rather than recycling or selling those antiques, plug them in and enjoy them again for the reasons we have listed inside.

1. The Internet just went off…

Probably one of the most common reasons for my household of gamers to plug-in the NES is that our Internet went out. Connectivity to the Internet is a key part of the experience for modern consoles and games (you could still play the story mode when the Internet is out but much of a game’s replay value comes from the online modes).

Ever pull your opponent’s controller out of the port when they took the lead in “Mario Kart?” Lord knows I did, but it always came back to bite me in the form of a red shell. Online multi-player has made video games social on an entirely new scale, but it’s hard to beat the fun of trash-talking and interfering with the player next to you on the couch. With such focus on online play there are fewer games with split-screen local multi-player, and dividing a wide screen TV makes for an awkward field of view.

Recently playing “Skyrim” I realized my hand was being held. There is a big arrow pointing me where exactly on the map I need to go and whom to talk to and rarely am I lost going, “what now?” The most advice you get in “Legend of Zelda” is, “It’s dangerous to go alone! Take this.” Unless they are trying to be hard, think “Demon Souls,” today’s games even when on harder difficulty settings still lack the challenge presented in those old cartridges.

4. The other side of that coin

While being challenging, old games were accessible and simple enough for children. You might not have beaten “Metroid” at 7 years old, but it was playable and you kept on playing. Old games were easy to jump in and out of. Even with mom’s 30 minute TV time rule you could still get through some levels on Mario or have that dog laugh at you in Duck Hunt.

They were fun and that was just what the classics were meant to be. Gameplay was the focus of the day, with such limited technology keeping the gamer engaged. No fancy cut scenes, online multi-player or downloadable content to keep the player coming back, just how much fun there was to be had with that one game.

Guaranteed every one knows the work of Koji Kondo. The “Mario Brothers” theme everyone knows, that was him. Even with 8-bit technology, composers were writing great music for some of the earliest video games. Once 16-bit came about, whole orchestras were being emulated by video game composers.

Graphics have become a selling point of modern games, but sometimes they lack that artistic touch. Old video game graphics had to make the best of the technology available. Less can be more and with limited color and bits, classic games created scenes that captured our imaginations.

8. Playing a piece of history

Finally, the nostalgia factor. Playing the emulator version of your favorite classics’ great, but there is something better about playing on the controller and console the game was made for. My roommates and I have fond memories of playing NES, SNES, Genesis, N64 and other consoles as kids. Even without arguing if games were better back in the day, it is hard to trump the nostalgic feeling of plugging in your controller and blowing out a cartridge.