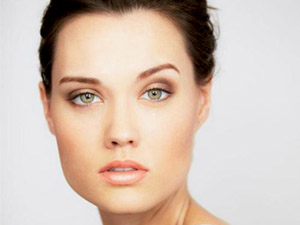 That’s the question Tyra Banks asks at the beginning of each episode of her hit reality competition “America’s Next Top Model.” Winning the competition leads to modeling contracts, photo shoots, ad campaigns, and cold hard cash. Laura James, 22, the most recent winner of ANTM cycle 19, sat down with the Daily Sundial to tell readers just what it’s like living on top.

Daily Sundial: What has the last year been like as the reigning winner of “America’s Next Top Model?”

Laura James: It’s amazing! It’s literally launched my entire modeling career. Just in May (2012) I was studying hotel, resort, and tourism management and I was applying to hotels and restaurants all across the country. I had always wanted to do modeling, but I never really knew how to get into it. So I applied for the show and I went off and did my auditions, and then next thing I knew I was in LA and they were announcing me as a cast member. It was really amazing. It’s just been crazy. I just moved to LA, I’ve been doing a lot of stuff with Guess, I got back from a shoot in France, I’m going back to Saint-Tropez in the next couple weeks, I’ve got another shoot in Vancouver, so it’s like, it’s crazy. I’m just so busy working, working, working. I’ve got some acting things coming up so it’s all really great.

DS: Are your acting jobs going to be TV, movies, a little bit of both?

LJ: A little bit of both. I can’t really give too many details now. It’ll be exciting once we start to talk about what’s going on. It’ll be great.

DS: Your first moment with Tyra, she dumped a bottle of water over your head. What was going through your mind when she did that?

LJ: That was amazing, first of all, and second of all, I thought it was really cool because at that point I was like, ‘Okay, maybe she does actually see something in me, or she’s doing this because this is hilarious.’ But she wanted to give the judges the look that they thought I had which was this sexy, bombshell thing that was walking down the original runway, so she came over and she dumped it on my head. I thought it was awesome. It was great. I mean, Tyra Banks was standing there in front of me and it was really cool!

DS: Fast forward from that first meeting with Tyra to her announcing you as the winner of “America’s Next Top Model.” What went through your head?

LJ: Oh, it was insane. It was a really insane moment and really surreal. You know I used to watch each season every year when I was younger. I watched it since the beginning, and I used to watch that moment and be like, ‘Wow! How cool would that be if I was in that position.’ But just to see my picture come up and to see her come over to me and say, ‘You’re the winner!’ and then to have my parents there to run out and also congratulate me and be able to share that experience was really amazing because that’s never really happened ever.

DS: One of the dramatic moments you had to go through on the show was (show judge) Kelly Cutrone getting into a dispute with a photographer during one of your photo shoots. How have moments like that prepared you for the real world of modeling that you’re in now?

LJ: The entire show has totally prepared me on so many different levels. The good thing about the show is that you get to work with so many different photographers, and all of them have different styles and opinions and creative visions that they want to come through their photos so in situations like that, you know, everyone in this industry has to have very big personalities unless you’re kind of sitting back on the sidelines, everybody wants to be heard, everybody has an opinion, so you just kind of have to go with the flow and know that you’re, in a way, you’re not really there to give them your opinions. You just have to step back and let everyone kind of hash it out, and you just sit there and smile, and be the nice one (laughs).

DS: Your season was the first in which viewers served as a judge, and sometimes those viewers could just be nasty without any real constructive criticism. How has that prepared you for the real world of modeling?

LJ: Oh my gosh, it’s insane! You know, in this industry you’re basically being judged. It’s very superficial. It’s like you’re being judged on your looks, on your body, on your measurements. Everything comes down to what you look like. Most of the time, there’s only so much that one person can actually change about themselves. You know, like hair color maybe, but it’s like when people sit there behind their computer screens and kind of forget that there’s an actual human on the other side that can read them or hear about them. I think people forget that it’s like, still the real world, and it’s hard. It’s hard to take criticism, but it also made me stronger because I was able to get everything handed to me once. Everything was really high powered, the competition, and dealing with all the photographers and challenges. It’s basically a boot camp for two months straight of just solid stress and excitement, and so it really did prepare me to deal with people who may or may not be more critical than others.

DS: Sometimes on the show you were critiqued for being too sexy. Do you get that feedback from anybody today?

LJ: No. Not at all. It’s funny because I do have my dark hair back now, my natural hair color (Laura was dyed platinum blonde for the show). I’m really happy about that. The judges did say, ‘You know, you’re too sexy,’ but when you put a six-foot-tall blonde with a lot of makeup on in a bathing suit it’s a little hard not to try to come off as being too sexy. Now you kind of own it, and kind of know what your brand is, and I’m not saying that that’s my brand or my platform, but you work with what you have and you can easily pull it back if you need to.

DS: Do you still keep in contact with any of the judges or fellow contestants?

LJ: Yeah, I definitely stay in touch with the judges. I talk to Kelly a lot, Bryan (Grey Yambao), and Tyra every once in a while, and I do talk to Johnny (Wujek). So yeah, I do stay in touch with all of them, and they’re excited to see the journey I think all of the contestants are going to be taking. I had lunch, or we went and had milkshakes the other day, (with fellow contestants) Jessie, Leila and I. I haven’t actually physically seen any of the other girls, but I do still talk to Allyssa sometimes, Brittany, and sometimes Kristin.

DS: Before you came on to the show, what was the main draw for you to the modeling industry?

LJ: It was my mom. She grew up doing modeling in Australia and then she moved to London and then to New York and she worked for Ford Models. As a kid I grew up looking at her portfolio, and all of her pictures, and she used to also get sweaters and things and she’d put them on me and have me stand in the backyard and kind of do a little photo shoot and I loved it, it was so much fun. I think it’s great, too, because I’m a really creative person. I make jewelry and I do a lot of pottery, and things like that. So I’m a very creative person, and I like modeling because it’s a way to address that. Also you get to incorporate amazing ideas from other people who also have a creative vision and who are also very talented. That’s one thing I do love about the entertainment industry as a whole, is that you can do that. So my mom was my main entrance into the modeling world and then I kind of realized, hey, I can actually pull through my creative hobbies as well and make this amazing final product with cool people and get to travel as well, which is really important to me.

DS: You mentioned on the show that your parents were a little bit hesitant of you going into the modeling industry. What do they think now?

LJ: They’re happy, they’re so happy, and it’s great because it’s scary, I’m from a really small town, and so just kind of picking up and moving across the country and starting (to work at) a whole new industry that I kind of had to get used to pretty quickly. Like I said I was studying hotel and tourism management which is a little different in a sense. You know there’s still things like networking and everything else that’s similar, but they’re happy I’m living my dream and they’re excited about all the opportunities that are coming, and being able to be a part of it.

DS: Do you have any plans in your future to utilize your degree in hotel and tourism management with your modeling experience?

LJ: Totally. I mean it’s great now because I’m doing so more traveling and I’m seeing these amazing places, and I did have plans, even with or without modeling, years ago, while I was in school, to open up my own boutique hotel line or a restaurant lounge and put events together and have it as my own. It’s great because I’m doing all this networking with a lot of the hotels I was applying to, but now I’m staying in them, and all these amazing restaurants, so I just take notes everywhere I go what I would like in my own place one day. And you meet great people who are willing to maybe help you in the future.

DS: The next cycle is guys and girls. What are your thoughts on having guys in the mix?

LJ: It’s crazy, I kind of wish there were guys in our house. It may or may not have made it easier or less dramatic, I’m not sure. I think it’s really awesome. It’s never been done before. I think it’s going to be great for television. Hopefully, they get to do some really cool modeling things too, it doesn’t turn into guys and girls living in a house and everything be crazy. I do think that it’ll produce a really amazing model at the end.

DS: Do you have any advice for the upcoming contestants?

LJ: Definitely stay true to who you are. You’re going to kind of lose your head a little bit throughout the entire show. During the filming process it’s going to be crazy, but when you’re home in the real world and you get to watch everything back, you’re going to be dealing with a lot of criticism from viewers who don’t know you but think they know you because they’re watching you. Stay strong and realize that everything happens for a reason and don’t let everything get to you. I would say just follow your path, and if it doesn’t work out for you definitely keep going and figure out what you really want to do and just make it happen, one way or another.

The next cycle of ANTM premieres this summer on the CW.