Immigration reform bill to be reviewed by Senate Judiciary Committee 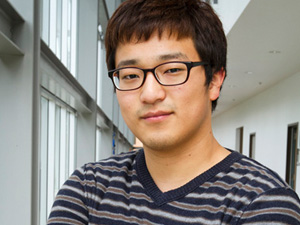 The Senate’s “Gang of Eight” will pass over their final draft of the Border Security, Economic Opportunity, and Immigration Modernization Act to the Senate Judiciary Committee on Thursday.

The gang, made up of four republicans and four democrats, has been in the process of drafting the reform bill since January.

According to the Metro Trends Urban Institute, the latest draft differs from the White House’s immigration bill in several ways.

The Senate bill calls for an increase in customs agents at the border as well as the addition of fencing.

The bill also asks to implement a guest worker program for low-skilled and agricultural workers, as well as a merit-based visa system based on education, employment and length of time spent in the states.

The Senate bill stresses border security as the first priority before expediting any path to citizenship, whereas the White House wants to begin the path as soon as possible.

The Senate bill expedites the process for agricultural workers and those eligible for the DREAM act to obtain green cards, but does not offer an immediate path to citizenship to “DREAMers” as the White House proposed.

The senators propose family visas be cut, limiting them only to immediate family members.

“Keeping families together will give students a greater chance of completing college,” said David L. Moguel, professor of secondary education in the college of education.

Their bill will not recognize LGBT immigrant families and will repeal diversity visa programs.

As Republicans and conservative organizations are calling immigration reform immensely costly, leaders in higher education are in favor of making changes to the system.

On April 19, as the first hearings began for the bill, CSUN President Dianne F. Harrison emailed the campus calling for continued conversation that seeks to promote a better understanding of the issues surrounding immigration reform.

She also wants to focus on how it will affect the university’s ability to better serve immigrant and undocumented students.

Jeremy Robbins, director of the New Partnership for a New American Economy, sent out a call to action by university presidents to speak out on the need for immigration reform in March.

“CEOs and mayors in our coalition are certainly credible, but university presidents, if you want to talk about innovations and the future of talent in America, have a powerful voice,” Robbins said.

Robbins and Harrison are both looking at the issues surrounding immigration reform from an economic standpoint.

“International students and faculty…are not able to remain in the U.S. and contribute their skills and talents to rebuilding our economy or contributing to our urgently needed STEM (science, technology, engineering and math) fields,” Harrison said in the email.

Although Harrison acknowledged that the DREAM Act will help, she said that the country and school systems will need national solutions at the federal level that address multiple immigration barriers.

Although many advocates of immigration reform support a path to citizenship for undocumented college students, others within the undocumented community point out the flip side to favoring those who are model minorities.

Graduating senior Seokwon Jason Yoon, an Asian American studies major and undocumented student, said it is not necessarily fair to only offer solutions to young people who were able to excel under harsh circumstances.

He noted that legislation like the Deferred Action for Childhood Arrivals (DACA) only gave hope for the successful and not for those who have all ready lost hope.

“People didn’t know DACA was going to pass and people who didn’t care about school are now regretting not trying harder,” Yoon said. “There are people who lost everything and DACA gave them a feeling of regret. People who were doing well were so used to the life they had, so it’s just another extra piece of paper.”

Yoon said that some within his undocumented community  received deferred action and while others did not, creating a rift between close friends.

“There are a lot of good people struggling and working really hard, but there is no light they are chasing,” Yoon said.

Though he entered the country with legal visas, Yoon said he became undocumented at the age of 21 because his immigration lawyer failed to warn him about a requirement in changing his status from dependent upon his parents’ visa to an independent student visa.

Yoon struggled not to give up, and he considers himself in the middle between a dropout and an extraordinary student. He did leave college for a few years, and will have six years of school on him when he graduates. He says he is more fortunate than some of his friends, who went to community college for six years and never graduated.

He said he has hope for his future, but tries not to think about the uncertainty.

“My friends are living day by day, they feel like they don’t have a future,” Yoon said. “That was my life before (the program), but I think that’s going to be my life until things change.”