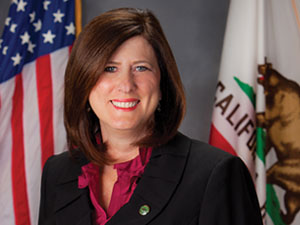 A new bill has been introduced in the California State assembly that could change how women who donate eggs are compensated.

Assemblymember Susan Bonilla (D-Concord) representing the 14th district, introduced AB 926 on Feb. 22. The bill would alter the regulations pertaining to compensation for women who volunteer as medical research subjects.

As the law stands now, medical research volunteers may be compensated for their “time, trouble and inconvenience” when participating in research studies. However, women who donate their eggs are excluded from compensation.

“The ban was a really paternalistic way to ‘protect’ women,” Bonilla said. “Women can make their own decisions about egg donation.”

When a woman donates her eggs for research, under current law she may only be paid for direct expenses incurred for the medical care that goes into the months-long process of egg donation. AB 926 would change the law to allow women who donate eggs for research to be compensated like any other research subject.

Bonilla addresses the issue of possible exploitation of women selling their eggs directly in the text of the new bill.

“Concerns that women will be exploited if compensated for providing human oocytes (egg) for research have not borne out in the states where compensation is allowed,” Bonilla said.

According to the USC Fertility clinic, egg donation is an involved process that can take up to two months. Harvesting a human oocyte, or egg, involves multiple visits to a physician’s office, hormone therapies, daily injections and multiple ultrasound scans before the actual process of “egg retrieval” can be performed. The retrieval process itself takes about two hours.

The California Pro-life council opposes the bill. Though they could not be reached for comment, the council has posted many messages protesting passage of AB 926 on their website and Facebook page.

A recent posting reads, “AB 926 would reverse the current ban on compensation for women providing human oocytes or embryos for research, creating an industry for eggs to be harvested.”

They also protest the forming of an ethics committee to determine compensation amounts for women donating eggs for research, saying they have “an inherent conflict of interest with the outcome.”

But Bonilla disagrees. “This bill is not about incentivizing women at all,” she said. Bonilla added that the review board already oversees research in other areas and will ensure that research projects are closely examined and that compensation levels are fair.

The bill has been voted on in the house and will now go to the Senate Health Committee, then on to the Senate floor. The state fiscal committee did have to vote on it as there is no cost to the state if it passes. If AB 926 passes through the state senate, it will then go on to the governor’s desk to be signed into law.

“This bill is meant to find healthy eggs for research beneficial to women,” she said.