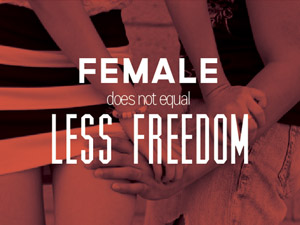 The alleged mishandling of sexual assault cases on college campuses nationwide has proliferated over the years, the most recent case occurring at USC.

USC is currently under investigation by the Office of Civil Rights (OCR) for allegations made by students accusing the school of mishandling 16 rape and sexual assault cases.

Some of the accusations include dismissing cases despite sufficient evidence and refusing to accommodate alleged victims who share classes with accused rapist.

“(We) can neither confirm nor deny that the case involves sexual  violence allegations, or provide additional comment regarding the specific allegations,” said Stephen Spector, assistant press secretary for the U.S. Department of Education.

The investigation is expected to last several months. USC is not the first campus to be investigated for mishandling sexual assault cases.

“If you look at four women next to you, one of you, including yourself, will be sexually assaulted in college,” Vickroy said.

According to the blueprint sent to the University of Montana by the Department of Education and the Department of Justice, sexual harassment is an “unwelcome conduct of a sexual nature and can include unwelcome sexual advances, requests for sexual favors, and other verbal, nonverbal, or physical conduct of a sexual nature, such as sexual assault or acts of sexual violence.”

“So, if someone asked you out once it is not sexual harassment, but if they continue to ask you out even though you already let them know you were not interested then it becomes pervasive,” said Susan Hua, CSUN interim director and Title IX coordinator. “Or if they ask you out once and he/she is violent and threatening, then though it is not pervasive, it is severe.”

Hua, who handles all cases dealing with sexual harassment for CSUN at the Department of Equity and Diversity, explained that the confusion about what constitutes sexual harassment often discourages people from reporting it.

The blueprint also offers a range of guidelines for handling sexual assault in college campuses. This includes making information and resources about sexual assault more accessible, training all university personnel and revising procedures to ensure compliance with Title IX, a federal law requiring schools to adequately respond to sexual violence.

“There really shouldn’t be just one way to report. The importance is to know the resources,” CSUN Police Chief Anne Glavin said. “There is really no right or wrong way to report. It depends on where you are comfortable and we are all interconnected so if you go to one office the others would most likely be involved.”

The audit request came after students from UC Berkeley filed a Clery Act complaint, accusing the campus for neglecting to report and properly address sexual assault cases. The Clery Act is a federal law that “requires colleges and universities across the United States to disclose information about crime on and around their campuses.”

Gabby Danis, a 21-year-old journalism major and current president of Delta Delta Delta, was a keynote speaker at the Panhellenic Sorority Pre-Recruitment gathering.

“I was sexually assaulted, but not at CSUN or (in the) Greek system, but at another school party,” Danis said. “I think it is important today because it is a  prevalent issue within college society.”

Danis is also a member of ‘Take 25,’ an organization focusing on issues prevalent to CSUN students where sexual assault is always one of the main topics covered.

According to CSUN’s website, 25 percent of college women have reported acquaintance rape or attempted rape and more than 80 percent of rape cases are committed by an assailant the victim knew.

“Statistically, a percentage does suffer from sexual assault and we want to make panhellenic members (aware) that this is out there and that it can happen,” Danis said.

According to CSUN’s Clery report, the Department of Police Services received six reports of rape on campus between 2009 and 2011. In addition, four off-campus rapes were reported around the same period. All but one of the victims knew their assailant. In 2010, CSUN was also among six colleges accused of failing to follow the Clery Act policies and guidelines.

CSUN has several on-campus departments and off-campus resources that students can contact in the event of an assault such as the Department of Equity and Diversity, Department of Police Services, University Counseling Services, Klotz Student Health Center, Matador Patrol Personal Safety Escort Service, CSUN Women’s Center and the Valley Trauma Center.

“Because I am an international student I might not know who to contact,” Taesik Yoon, a 31-year-old CSUN master’s student. “I think I would rather contact my friends first then after that if the harassment was really serious I would go to the CSUN Police Office because it is the closest and only place I know.”

According to Glavin, there are two main departments that deal with sexual harassment reports on campus: CSUN’s police department, which deals with the criminal aspects of the case (if there are any) and the Department of Equity and Diversity.

The Department of Equity and Diversity works to prevent discrimination on the basis of race, religion, sex, gender and sexual orientation in academic, extracurricular and athletic program/activities. They uphold Title IX, which protects students from any discrimination due to gender, including sexual harassment.

“I don’t want to discourage anyone from going to anyone to report sexual harassment but if they need to report, Equity and Diversity could be the first place they can go,” Hua said. “We [the Department of Equity and Diversity] have a process in place that includes support for sexual assault victims and a fair process for those accused, so that both sides could be heard.”

Eric Hanson, a 21-year-old psychology major at CSUN said sexual assault is a serious issue that needs to be talked about on all college campuses and men need to be included in the discussion.

“What men can do to prevent the problem is to know and inform each other about the importance of consent,” Hanson said. “If someone changes their mind about being intimate, that decision should be respected, put yourself in the other person’s shoes for a second.”