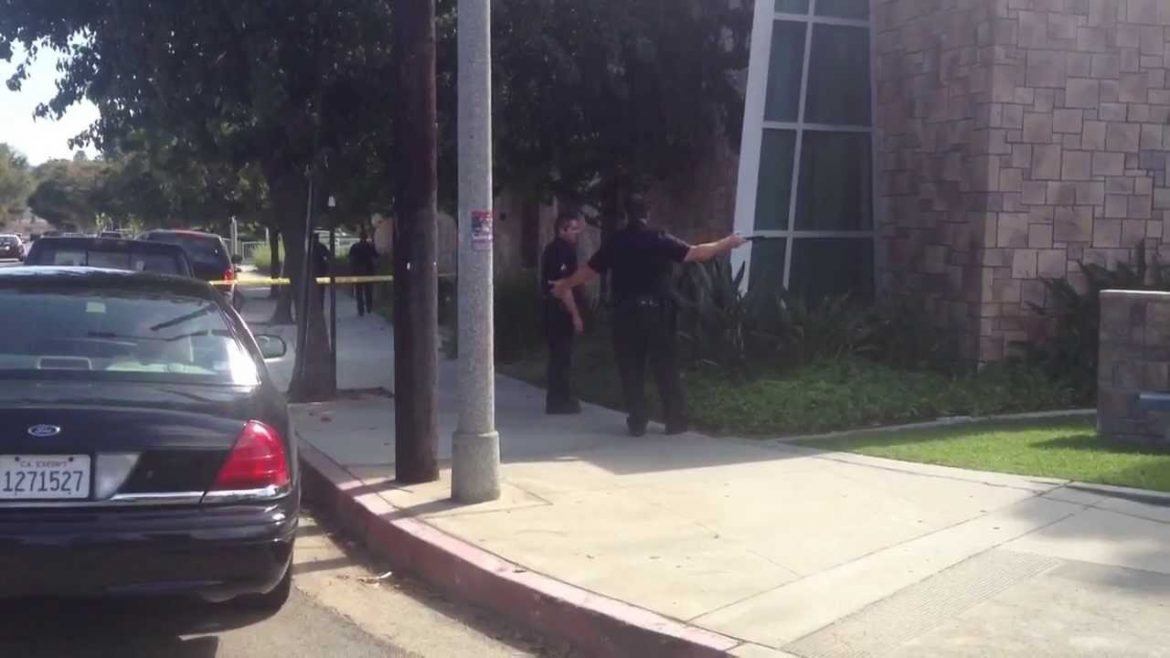 Two people were arrested Thursday afternoon after a car chase ended near CSUN.

The two were alleged robbery suspects according to LAPD.

The pursuit started at Roscoe Boulevard and Reseda Boulevard at 2:55 p.m. It ended when a white Ford truck smashed into a tree at Darby Avenue and Nordhoff Street.

The male driver and female passenger were apprehended and taken into custody, according to LAPD.

Muria Vanegas, with media relations in the West Valley Division of the LAPD, said the driver had committed a robbery.

“A firearm wasn’t recovered but the suspect was armed in the original robbery that occurred a few weeks ago,” LAPD Capt. John Egan said.

While pursuing the suspects LAPD contacted CSUN PD and asked for assistance with the pursuit.

“We did help them,” Anne Glavin, CSUN chief of police said. Glavin said that the LAPD helicopter called CSUN PD to “mutually aid” them in the pursuit.

Check back for more updates.