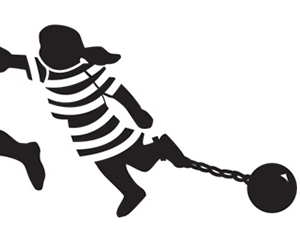 In a push for immigration reform, the GOP gave their latest conservative piecemeal: the Strengthen and Fortify Enforcement (SAFE) Act.

Proposed by U.S. Rep. Trey Gowdy (R-S.C.), the SAFE Act aims to fix the immigration system in America “step-by-step and increment-by-increment” according to Gowdy.

In short, the SAFE Act, if passed, will automatically make every undocumented immigrant a criminal within America and punishable with jail time. On top of such a heavy sentence, detention of undocumented immigrants will be expanded and federal immigration laws will be decentralized. Instead, states and localities will be given the authority to write and enforce their own immigration laws.

Democrats and immigrant rights advocates are concerned about the SAFE Act and its hefty measures. Concerns are being raised about how this could potentially create widespread racial profiling and criminalize innocent people. Immigrant rights advocates are also worried about how the SAFE Act would affect public safety, as it would divert the authorities attention to catching undocumented immigrants. This could potentially deter eyewitnesses away from reporting or going to the police for help.

Does America really need another policy that would increase hatred, fear and outright racism? The SAFE Act in itself is an ironic name. Even though the SAFE Act is meant to strengthen and fortify America and its communities, is the act really doing anything to help or are the new policies going to inspire fear into Americans?

As if racial profiling wasn’t already bad in America, the SAFE Act only makes things worse. The media portrays Muslims, Middle Easterners and others as violent, civil war stricken terrorists on the lookout to create terror across the world. Muslims and people who look like them are already being profiled by various agencies such as the Transportation Security Agency (TSA) and the National Security Agency (NSA). Young people of color, mostly African-American males, are under the scrutiny of the NYPD’s controversial stop-and-frisk policy. Recently an audio recording from 16-year-old Harlem student named Alvin revealed the treatment he received from officers during a stop and frisk.

From these examples, people already don’t trust authorities, as they are prone to extreme racial profiling. So exactly whose lives is the SAFE act making safe and whose lives will it be ruining?  If people of color are going to be under the constant watch of authorities, how safe are they going to feel?

What makes the SAFE Act even harder to stomach is how it will automatically turn all undocumented immigrants into criminals. Many immigrant children are here because of their parents with no choice of moving here illegally. To automatically convict innocent people of a crime and label them a criminal is an outright violation of basic human rights.

To make things uglier, the SAFE Act will target people under the DREAM Act (Dreamers). Dreamers are undocumented immigrants who came to America as children but are granted conditional permanent residency provided that they are in good moral standing and meet educational standards. The Immigration Policy Center’s (IPC) breakdown of the SAFE Act shows that even people under Obama’s Deferred Action for Childhood Arrivals (DACA) will become subject to deportation under the SAFE Act.

The idea of such a bill being able to override progressive laws is scary. With states and even localities able to produce and enforce their own immigration laws, there could be repeats of Arizona’s infamous SB 1070.

SAFE Act supporters are arguing that allocating resources to fund the SAFE Act would be beneficial to America’s economy. However, according to the IPC, federal spending on border and immigration enforcement has been increasing and has reached an all time high. According to IPC’s charts, since the Department of Homeland Security (DHS) was established in 2003, the U.S. Customs and Border Protection’s (CBP) budget has increased from $5.9 billion to $12 billion per year. The budget for U.S. Immigration and Customs Enforcement (ICE) has also increased over the years from $3.3 billion since it was established to $5.6 billion this year.

The SAFE Act would also conscript local law authorities into enforcing the SAFE Act. The details only get prettier. Any state with laws that don’t allow law enforcement from working with immigration officials to catch undocumented immigrants will be penalized.

Considering that the SAFE Act would turn all undocumented immigrants into criminals, this would mean that authorities would have to detain the immigrants while waiting to deport them. Imagine having to accommodate even more prisoners. According to the Population Reference Bureau (PRB), the U.S. is the leading nation in the world in terms of incarceration rates since 2002. In relation to education funding in California, according to a education vs. prison spending chart by CNN Money, California spends roughly $9,000 per student while each inmate costs roughly $45,000. With already overcrowded prisons, imagine having to detain even more prisoners if the SAFE Act were to criminalize and detain undocumented immigrants. More spending would be put into jailing undocumented immigrants instead of funding more positive institutions such as education.

American, land of the detained and persecuted

Just looking at the figures, spending on immigration enforcement and prisons has increased substantially. However, in retrospect, funding in education continues to be cut. According to a study conducted by the Center on Budget and Policy Priorities (CBPP), elementary and high schools in 26 states are actually receiving less funding in the 2012-13 year than the year before. In 35 states, education funds are below funds received in 2008, with most far below 2008 funds.

What in the world is the GOP thinking drafting up a new policy that would only further damage America? The government would be forced to fund more into institutions that instill fear into people rather than institutions that promote a positive change.

The SAFE Act and what the US government chooses to fund is completely ironic to what America and the SAFE Act is supposed to stand for. The SAFE Act would not do anything to make anyone but conservatives feel safe. People will instead feel unSAFE and pissed off at the fact that such a bill even exists.

And while America is supposed to be the land of immigrants, freedom and opportunities, the actions of the government speak differently. Education means more opportunities. However, education funding is getting cut and higher education costs are increasing. Why flaunt being the land of opportunities if America is going to deport every immigrant that wants to make a future here?

Freedom is an even bigger joke in the face of what America is doing. What freedom, when America is the global leader in incarceration rates since 2002? Are prisons supposed to be the new freedom in America? Where is there freedom when citizens and immigrants have to live in fear of being racially profiled or deported?

America should now start flaunting itself as the land of ironies. The current state of affairs in America only puts it against its own citizens and the values that Americans so brazenly brag to the world. The evidence lies in the fact that the House Judiciary Committee approved the SAFE Act. America, get your shit together.