Fight to the finish: Xbox One vs. PS4 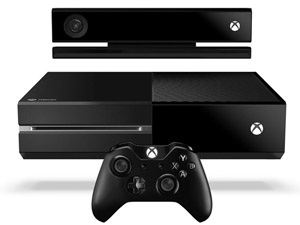 Over the last few months, both Microsoft and Sony have released details about their upcoming consoles, each hoping to prove that they have the superior product. While all the new information has been helpful in determining which console to buy come holiday season, it is just as important to look at the changes these consoles have undergone since the 7th generation.

The Xbox 360, released in November 2005,  hit the shelves nearly a year before the Playstation 3. The 360 was also the second highest selling game console of its generation (after the Wii) until just a few months ago. In May, PS3 sales finally surpassed the 360’s, showing that a redesign and a price cut can go a long way.

Both the Xbox 360 and the PS3 released motion capture add-ons, although they turned out to be vastly different. The “Kinect” for the 360 and the “Playstation Move” for PS3 both made debuts in Fall 2010. It only took a few months for the Kinect to crush the Move in sales.

The Kinect was the ultimate in hands-free gameplay. Unlike the Move, the player did not have to be holding any type of controller, providing ultimate gameplay freedom. To many, the Move appeared to be a slightly more advanced Wii controller.

When comparing the online store functions of the 7th generation consoles, both the Marketplace for the Xbox 360 and the Playstation Store for the PS3 needed improvements. Anyone who has experienced downloading demos on both devices knows that the 360’s download speed always seemed faster than the PS3. One of the top PS3 related Google searches is, “Why are PSN downloads so slow?” Both companies boast a more fluid online interface for the upcoming consoles. Sony had announced an upgraded network system that should increase download speeds and other functions of the PSN.

As far as graphics in the past generation went, both consoles produced the clearest gaming ever seen before. As the popularity of HDTVs rose, HD gaming hit the scene.

Now that there is a better understanding of the past, let’s look towards the future at the 8th generation consoles.

One of the biggest issues surrounding the Xbox One surfaced a few months back when Microsoft revealed that the console would not support used games/game sharing. This came as a shock to gamers who trade-in and buy used games frequently. At E3, it was also announced that the Xbox One would always need to be connected online. This caused an uproar with internet trolls, as images of “Microsoft watching you 24/7” hit the web.

The higher-ups at Microsoft listened to their consumers and in late June, a statement was released addressing the major concerns:

“After a one-time system set-up with a new Xbox One, you can play any disc-based game without ever connecting online again…you can take your Xbox One anywhere you want and play your games, just like on Xbox 360.”

The policy on used games was also addressed in the same statement.

“Trade-in, lend, resell, gift and rent disc-based games just like you do today. There will be no limitations to using and sharing games, it will work just as it does today on Xbox 360.”

Sony has used the mixed feelings gamers have towards the Xbox One to show the stability of the PS4, calling it “The Best Place to Play” and focusing their campaign on the gamer. Andrew House, the Sony Computer Entertainment president, did not hold back his feelings on Microsoft and their policy changes.

“While others have shifted their message and changed their story, we were consistent in maintaining policies and a model that is fair and in tune with consumer desires.”

The true test will come in just a few short months when the consoles are finally released. Both have seen impressive pre-order numbers, with the front runner changing almost daily according to various reports, so only time will tell which console will come out ahead.