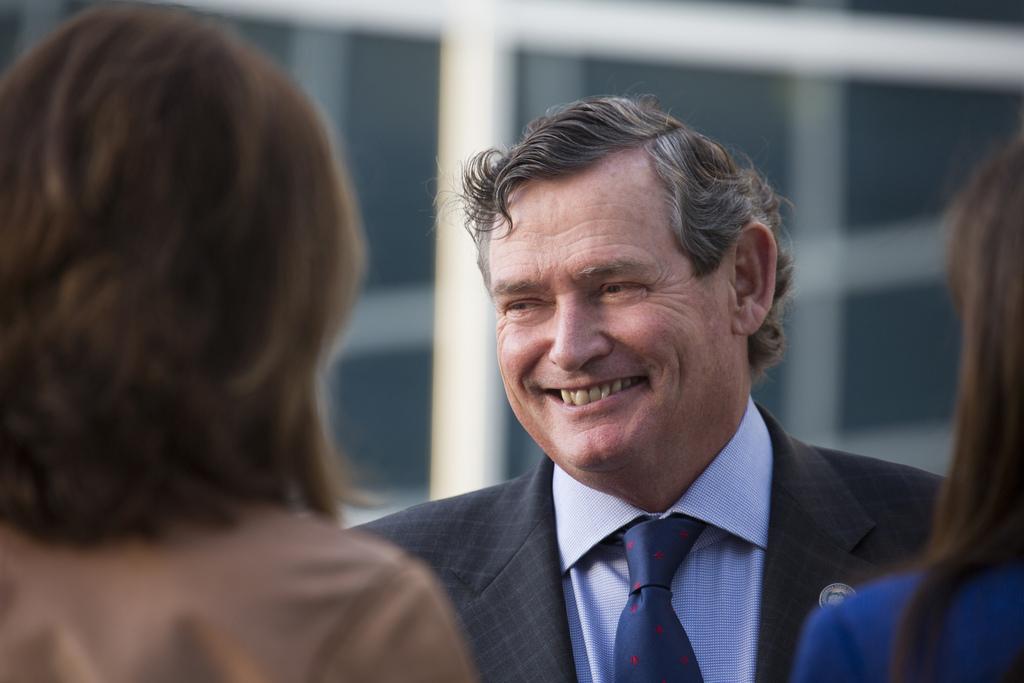 The meeting is open to all students, faculty and staff, as well as anyone else who wants to attend from within the community. All who attend will have the opportunity to ask White questions if they so desire.

“He’s really trying to get a better understanding of what’s unique about [CSUN]  [and] what are the things that are important to the students and the faculty,” said Uhlen Kamp, director of public affairs for the CSU Chancellor’s Office.

Monday afternoon White will also take a tour of the campus, beginning at the Center for Achievement at 2:50 p.m.

“We’re hoping to foster a decent relationship [with the Chancellor],” said Carmen Chandler, director of media relations for CSUN. “He’ll truly understand who we are, and what we do.”

White’s tour will come to a close around 5 p.m., where the school will hold its first official ribbon cutting ceremony for the Matador Achievement Center (MAC).

CSUN received a $900,000 grant from the National Collegiate Athletic Association (NCAA) to build the MAC in December 2012, according to an article in CSUN Today. The center provides academic support services for student athletes at CSUN.

For Cristal Aguilar, junior psychology major, rising tuition costs is the biggest concern she wants White to know about. “It’s like I’m paying for a private school now,” said Aguilar.

Melanie Kline, senior cellular and molecular biology major, said there are a few things she said White should be aware of.

“A lot of students here work and go to school, and classes don’t seem to reflect that,” said Kline. “[Classes] don’t seem to be offered at times that are easily accessible for students.”

White is visiting all 23 campuses in the CSU system. Kamp said he has already visited half of the campuses and will finish his tour by the end of the year.