‘Devious Maids’ is not televisions answer for Latinas in Hollywood 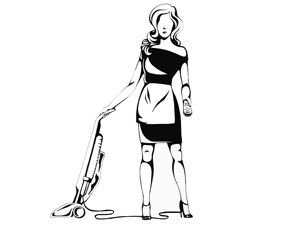 I spent two years trying to be an actress. I know it’s not a huge amount of time, but it was a goal I set for myself. If I didn’t land a gig within that time frame, I’d move on and set my sights on something less dramatic.

Well, it didn’t take long for those two years to pass. I had gone to a handful of auditions and visited one or two casting agencies with no luck. By the end, I had enough and I was tired of constantly being pigeonholed into a certain role.

You see, I’m a Latina and in Hollywood being a Latina means being relegated as a sexpot, maid, chola, prostitute or teen mom. I wasn’t interested in being any of those.

Apparently, prime-time television can’t survive without stereotyping at least one ethnic group, and in this case it’s Latinas. Thanks to Lifetime’s “Devious Maids” this looks like it’s never going to end.

“Devious Maids” is the first mainstream English-language television drama to feature five Latinas as main characters and though it sounds groundbreaking, the show is a wasted opportunity.

For those who haven’t seen the show (good for you), the story revolves around five Latinas who work as maids in posh Beverly Hills.

There is no shortage of devious maids in sexual encounters with their wealthy employers, as the show’s title suggests.  Along with thick accents, scheming plans and predictable flamenco guitars playing in the background, it’s all downright insulting.

Why do they all have to be maids? There’s nothing wrong with working as a maid. It’s a respectable job that can pay well. My problem is that television networks are defining it as a poor Latina’s job.

I’ve seen plenty of Caucasians, African-Americans and Asians working as domestic servants, but tell me why aren’t they ever shown in television sitcoms? The only one I’ve seen is Consuela on “Family Guy,” and that woman gets no respect. Not only is she characterized as rude, she is also shown as greedy and big mouthed; plus she has the thickest accent that I’ve ever heard.

What’s even more upsetting is that one of the show’s producers is our very own CSUN graduate Eva Longoria. With a master’s degree in Chicana/o studies, I’d expect her to be more critical of a show featuring Latina/os.

In defending the show, Longoria said to the Huffington Post, “I take pride in the fact that these characters are not one dimensional or limited to their job title. As the minority becomes the majority and the United States becomes more diverse, it is important that the protagonists on television embody this diversity.”

According to a 2013 Census Bureau report Latina/os and Asians are on their way in becoming the majority group in the U.S. with the Hispanic population having grown by 2.2 percent from the preceding year. That’s a growth of more than 1.1 million.

If indeed the minority is becoming the majority, then why must we still play minority roles?

She continues to say: “Television is a business. If we don’t support shows that have diverse content, we won’t see shows with diverse content! They will simply go away, and the hurdles to make the next show with diversity will be even more challenging.”

As a Latina, I would love to see more of my people on prime-time television – but in diverse roles. The Screen Actors Guild’s 2008 Casting Data Report showed that of the roles on television, only 6.4 percent were Latina/os, compared to Caucasians at 76 percent. I also agree that we need to support shows that have diverse content, but not all shows are created equal.

The National Hispanic Media Coalition released a 2012 survey on how non-Latina/os view Latina/os based on media content. About 61 percent said they mostly saw Latinas as maids. When asked where they got their information from 66 percent said they watch major network and cable newscast.

Eva Longoria is one of the most influential actresses in Hollywood, especially in the Latina/o community, which is why many Latina/o civic groups have come to her aide by throwing special screenings of her show.

Unfortunately, I feel these groups are blindsided by the newfound success of “Devious Maids.” The show has been renewed for a second season and will continue to popularize the unshakable stereotype that will keep undermining future Latina actresses.

I’d rather not see any Latinas on television if it means sacrificing the rich complexity of an identity by making Latinas one-dimensional. I want to support shows that illustrate these proud, hard working women as first class citizens.

Instead of revolutionizing the Latina/o image, the show takes steps backwards.

Longoria’s “Devious Maids” reinstates the idea that all Latinas are hypersexual, gossipy domestic servants by handing them brooms, vacuums and aprons.  Whatever happened to the “Ugly Bettys” of the world? The ones who are independent, successful and educated?

Many young Latinas that hit the show’s demographic are aiming to be doctors, lawyers, politicians, painters or journalists. This is our new majority; we are not all working as domestic servants with less than an elementary level education.

Longoria says that these maids’ stories are worth telling. I disagree. The poor naïve maid who falls in love with the rich, handsome, well-to-do boss is cliché. I want to hear stories that have depth.

There are countless tales that are heart-wrenching and thought-provoking, stories that involve deportation, abuse, racism, struggle and victory. There are stories that showcase Latinas in diverse and powerful roles. Why can’t I see these stories on television instead?

Programs like “Parks and Recreation” and “Grey’s Anatomy” are doing just that.

Aubrey Plaza of “Parks and Recreation” has come out as the anti-Latina stereotype with her quirky attitude and deadpan humor; Sara Ramirez of “Grey’s Anatomy” plays a highly-educated doctor who is bisexual. These are the Latinas viewers should be watching.