CSUN PSAs tackle issues such as piracy and cyber-bullying 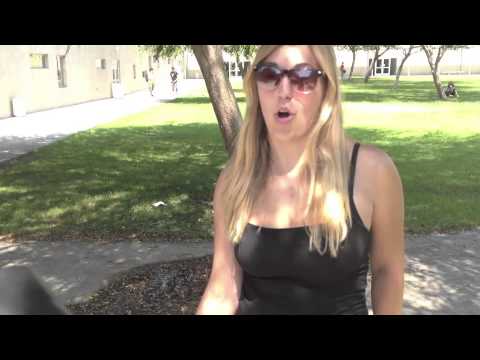 CTVA professor Nate Thomas was approached by the FBI to produce the spots after having previously worked with the federal government in 2010 for a cyber predator PSA.

The FBI initially wanted to work with Thomas production company, but Thomas wanted to include CSUN faculty and staff in the process.

“I could make sure students are interspersed throughout this process as well as faculty members and staff members,” Thomas said.

Thomas said the FBI had a “nice sized budget” for the PSAs, and it allowed faculty and students to be paid for their work.

“It was a great experience for the students that helped us work on this, to have meetings with the FBI and to watch them critique the spots,” Thomas said.  “A department like this should be using the talent of the faculty, staff and students for the better good, especially in the interest of the public.”

Two of the PSAs seek to raise awareness about movie and music piracy, issues that have grown in the past decade and have cost the film and music industries billions of dollars as well as thousands of jobs.

Christian Rodriguez, a 20-year-old junior studying environmental and occupational health said although he does not download content illegally or purchase counterfeit goods, he believes people do it because they simply don’t care.

“Most people just think that nothing’s going to happen.  Everybody does it, so they think they won’t get caught,” Rodriguez said.

Rodriguez said most people would think twice if they were aware of the losses copyright infringement causes within each industry.

“Many people probably just don’t know that it’s affecting somebody out there,” Rodriguez said.

Kurt Saunders, a business law professor at CSUN, said even though education is important to make people aware that intellectual property is just like land or personal property, controlling copyright infringement will still be an ongoing challenge to overcome.

“The internet has made copying a lot easier, and you can reach a wider audience through the internet, peer2peer and torrenting sites in ways you could not do 20 years ago,” Saunders said.  “A lot of these people who really want to set up these sites are going to be one step ahead of MGM, the big movie studios and music companies.”

While movie and music piracy might the most widely known topics covered in the PSAs, theft of intellectual property for copyrighted designs might even be more prevalent, Saunders said.

Saunders also said that a student’s own experience with intellectual property is helpful in understanding the concept of copyrights and infringement.

“The more people get involved in creating stuff, from being involved in entrepreneurship and businesses where intellectual property is important, they (will) get it more than just an abstract concept,” he said.

Another topic covered in the PSA is cyber-bullying.

Although the issue of cyber-bullying has increased in recent years with the growth of social media, many students still do not do anything about it, according to Dr. Allison Freeman, staff psychologist at CSUN’s University Counseling Services.

According to a 2011 report, more than 90 percent of teens who use social media have witnessed how “cruel behavior” gets ignored by others. More than 50 percent said this occurs frequently.

Freeman said students might not be accustomed to advocating for others and themselves and this could explain peoples inaction toward cyber-bullying.

“More often than not, it will not be reported and one of the best ways to stop it is to report it and take action as quickly as possible before it gets out of hand,” Freeman said.

Freeman said PSAs focusing on topics like cyber bullying are important as promoting a discussion of any kind would be useful.

“The more we know about it, the more authorities can crack down on the people who are doing the bullying,” Freeman said.

Justin Martinez, a 22 year-old junior transfer student, said he has seen some PSAs covering cyber bullying, but does not believe enough attention is being given to the issue.

“Not that many people talk about (cyber-bullying) and the media is the easiest way to send out a message. Adults don’t give enough attention to their children, and children don’t learn anything other than what they see on TV and on the internet,” Martinez said.