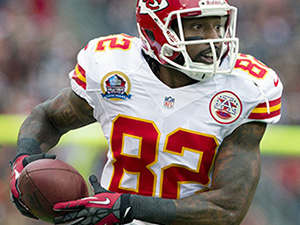 Week one showed us that the NFL has become a passing league highlighted by Peyton Manning’s record- tying seven touchdown performance against the Ravens. More passing touchdowns were thrown this week than any week one in NFL history and with the current trend shying away from feature backs and the running game, expect quarterbacks and wide receivers to put up big numbers this year. With week two approaching, here are players that should and shouldn’t be in your fantasy lineups.

Sit ‘em – With Mike Wallace cashing in during the offseason with a $60 million contract, Miami hoped they had snatched their star wide out. As the only real threat in Miami, Wallace should have had a nice showing against the Browns in week one but instead he finished the game with just one catch for 15 yards and wasn’t even targeted in the first half. Getting paid must be all he cares about and despite the win, he was unhappy with the playcalling. Expect Wallace to constantly show us his diva side as he is double covered all season long. If the Dolphins can’t get the ground game going at all, it’s gonna be a rough campaign for Wallace. Sit him until he stops pouting and gets in a groove.

Sit ‘em – New England Patriots wide receiver, Kenbrell Thompkins, had an opportunity to make a splash in one of the league’s most potent offenses and it’s not to say he didn’t get his chances. He was targeted a team high 14 times, ending the game with four catches for 42 yards. Wide receivers Julian Edelman and Danny Amendola are the only receivers to own on the Patriots roster. Exclude yourself from the preseason hype and leave the undrafted free agent on your bench until he gets on the same page as quarterback Tom Brady.

Start ‘em – David Wilson had an awful first game as the Giants starting runningback as he lost two fumbles and ran for a paltry 19 yards on seven carries against the Cowboys. The performance was so bad that the next day, the Giants tried out veterans Willis McGahee, former Giant Brandon Jacobs, and Beanie Wells. The fact that head coach Tom Coughlin hasn’t displayed confidence in Wilson and the fact that Wilson himself said he has hit rock bottom, is reason for concern. However, despite all the negativity surrounding Wilson, his job is on the line and if he can show shades of his immense talent that was on display last season, he will work his way out of the doghouse and into fantasy prominence. With backup Andre Brown sidelined with a broken leg, the workload is still his to lose. Expect a motivated Wilson to put up big numbers against the Broncos. Start Wilson with confidence.

Start ‘em – Kansas City Chiefs wide receiver Dwayne Bowe had a relatively quiet day against the Jaguars gaining 30 yards on four receptions. The Chiefs were up big the whole game and emphasized short passes and the run to manage the clock against the atrocious Jacksonville Jaguars which didn’t help Bowe’s receiving numbers. The Chiefs will host the Dallas Cowboys and this game has shootout written all over it. Neither team is known for their lockdown defense and quarterback Alex Smith will be looking to exploit Bowe’s size against an undersized Cowboys secondary. Expect Bowe to hover around triple digit receiving yards with a touchdown.