Original series for streaming companies on the rise 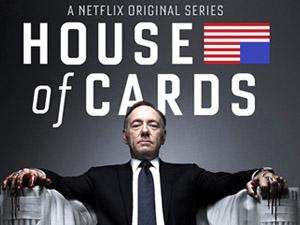 Cable television is undoubtedly bringing the heat with a slew of shows that leave its audience dripping wet, begging for more. Morally questionable schizophrenic serial killers, ad men drinking fine whiskeys, doing whatever it takes to be top dog, a gang of sociopathic bartenders bent on breaking the will of their friends; it all adds up to some Grade A programming.

While this may be enough to keep many hooked to their beloved Time Warner Cable and AT&T U-verse packages, there is a new format on the horizon that is already giving cable a run for its money. While television will always have a special place in the realm of entertainment, the tide is turning.

Whatever your take is on cable versus streaming, one thing can’t be denied; there is an epic rise in original content via online program providers. Netflix (you know, the reason you still own a Wii) made history a few months ago by raking in 14 nominations for its digitally distributed original content. Nine of those went to “House of Cards,” starring the great Kevin Spacey. The show follows a corrupt congressman (Spacey) as he plots an elaborate revenge scheme after being wronged by his fellow party members. “House of Cards” premiered in February of this year, and was the first series fully produced by the streaming giant.

Three more nominations went to their original-cast-reincarnation of the cult classic, “Arrested Development,” the same show that the Fox Network pronounced dead due to low ratings. Although the fan reception for this revival was lukewarm, the display of power shown by Netflix in reviving a cancelled series was something to behold. There’s no telling how many more awards could have been in store if Netflix’s latest series “Orange is the New Black,” a hilarious female-prison drama created by “Weeds” scribe Jenji Kohan, had been released just a few months sooner.

When push comes to shove, streaming isn’t just growing conveniently and creatively, but the competition is even popping up in some forgotten and unlikely places. Hulu already hopped on the gravy train with seven of its own original series, while Amazon Prime is in hot pursuit with five original series set to be released soon.

They may not be the same level of prestige as Netflix, but they’ve  gotten enough of an audience to make the investment worthwhile. With Netflix paving the way for quality content produced by streaming companies, Hulu and Amazon are clearly honing in on the same business model.

That being said, the move from cable to streaming is only projection for the time being. Today, Netflix is the only contender with anything tangible to show for its efforts of shepherding original series away from the traditional sense of television.

It’s doubtful that television could ever be done away with completely. HBO, AMC, Showtime, FXX and more are standing their ground with premium content for viewers who are becoming harder to satisfy. Netflix and its streaming buddies, however, are keeping it fresh with some competition and material for viewers prone to binging. In a few more years and for a few more dollars, you can count on streaming upping the ante. Hard.