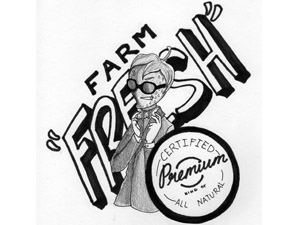 Shopping organically has been the trend among younger generations filled with the idea that organic products have higher nutritional value than their conventional counterparts.

In his article “The Food Movement, Rising,” Pollan defines this way of thinking as the ability “to create new economic and social structures outside of the mainstream consumer economy.”

Essentially, consumers should focus more on investing in local agricultural practices, which is almost entirely organic by association, rather than continuing to support traditional grocer conglomerates.

But what if someone were to tell you that buying organic wasn’t actually healthier for you?

Last September, researchers at the Stanford School of Medicine did just that.

The study, which included over 80 years of aggregate nutritional data, determined that organic foods had little effect on the nutritional wellness of the human participants.

The only discernible conclusion from the study was that the organic products tested contained 30 percent lower levels of pesticide residue.

Leading us to another hot-button topic: genetically modified organisms or GMOs.

For years, the United States government has been trying to calm the fears surrounding GMOs, and their application in food processes destined for human consumption.

Even the acronym sounds sinister, and therein lies the problem.

Not all GMOs are bad.

In the modern landscape of food, you may be surprised to discover the types of GMOs we consume on a daily basis without so much as giving them a second thought.

Those cute baby carrots you love so much alongside your grass-fed, free-range, hormone-free porterhouse steak…better throw ‘em out. That succulent pluot you just picked up from the organic fruit stand down the street…a genetic abomination!

Since the mid-1990s, scientists have been tinkering with biotech foods, an initiative conceived from the result of an increased awareness of geothermal climate change and the subsequent sustainability movement.

This sort of negatively contrived labeling subsequently fueled the debate of organic versus GMOs, and opposing sides continually struggle to reach any speck of common ground.

You’re either in, or you’re out. And don’t even think about switching sides.

One simply cannot mention sustainable produce anymore without rekindling a verbal slugfest concerning Monsanto or DuPont, and the economical repercussions arising from the support of “agribusiness.”

Freelance investigative reporter Jon Rappoport attests in his March 17, 2013, blog that the failure of last year’s Proposition 37 was no coincidence.

Another hindrance in the quest for a more organic America is the preference for the acceptance of misleading and, often, downright confusing information.

Here’s where reading the fine print comes into play. There are three distinct classifications that comprise the USDA’s labeling of “organic.”

A “100 percent organic,” or “organic” foodstuff must be raised/farmed, handled, processed, packaged and sold without the inclusion of genetically modified organisms, and in conjunction with non-organic materials.

A product “made with organic specified ingredients” typically contains three organic ingredients, all of which are listed as organic and handled in the exact fashion as 100 percent organic items.

The third is a product containing less than 70 percent organic ingredients, and is required to denote which specific ingredients are organic but cannot be labeled as completely “organic.”

Of the three classifications, the latter two are intensely scrutinized due to the way in which they are labeled, and often perceived as wholly organic.

Now that you have a working understanding of how to identify organic products, the only thing left to do is determine whether organic products are actually good for you.