Study reveals that majors, not institutions will pay off more for college students 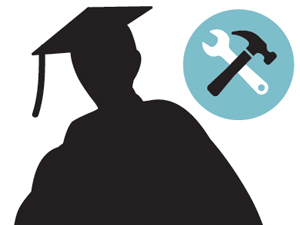 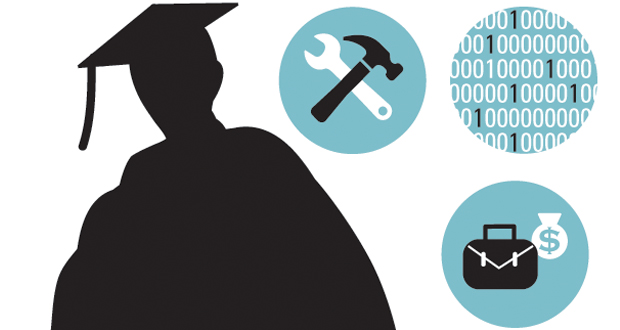 New graduates who hold bachelor’s degrees in the same major make the same amount of money regardless of the institution they attended, a recent study found.

The study, published by College Measures, collected data from Arkansas, Colorado, Tennessee, Texas and Virginia, and concluded which majors will make new graduates the most money.

Although the data was collected from only five states, Mark Schneider, president of College Measures and vice president of the American Institutes for Research, said the findings from those states would hold true in other states as well, including California.

The bottom line is that technology and problem-solving degrees pay off,” Schneider said. “Two year degrees and certificates in subjects such as tech manufacturing, construction and healthcare pay off. What you study is more important than where you study.”

Across the board, engineering was proven to reign over all other undergraduate degrees when it comes to higher income ranking. Although enrollment in most engineering programs are low, Schneider said if students had the proper information about the programs they choose to study, it would help them make wiser decisions when selecting a major.

“You should know before you borrow money for college what the likely wage outcomes are so you make better choices,” Schneider said. “You don’t want to borrow $75,000 to get a degree in philosophy, one of the lowest paying majors. If you borrow $50,000 to get an engineering degree, that is a great investment.”

Although the study focuses on which majors lead students to the most financial success, Vice President of Student Affairs and Dean of Students William Watkins said students should study what they are most passionate about.

“Some students choose majors that prepare them to enter careers or positions in life that involving healing the problems of society or teaching our children or serving the public,” Watkins said. “Focusing exclusively on expected compensation could be a quick road to future dissatisfaction.”

The study shows that regardless of the institution new graduates came from, whether it was a four year university or a community college, all graduates with degrees in the technology field made the same amount of money.

“If you’re looking to go into the labor market with a bachelors degree, than there are many schools in every state that will put you in the labor market in roughly the same place as a school like UC Boston or UC Boulder,” Schneider said.

For each of the five states studied, graduates who earned a degree in engineering made anywhere from $54,000 to $117,000 a year, as opposed to those who held a liberal arts degree that could make as little as $15,000 a year.

Freshman Andrew Carrasco, an engineering major, said although he knew that majoring in engineering could possibly be financially rewarding, that’s not the reason he chose it.

“I wasn’t going into this major for the money. I was going to it because it’s what I love to do. I love cars, working with my hands and using mathematics,” Carrasco said.

The study also said that health services, philosophy, music performance and photography were the undergraduate programs that brought in the least amount of money, the highest being about $28,000 a year for a degree in philosophy in Tennessee.

CSUN English professor and expert in higher education, Cheryl Spector, said students are driven by money when it comes to deciding what to major in.

“Money may be one single reason for some students—but it’s a risky reason in many ways,” Spector said.

While Spector acknowledges the appeal for students in choosing a degree that has a higher earning capacity, she said new data has shown that people now change career paths more often than they used to.

“If a student loves a discipline and masters it on the way to getting a degree, chances are that student will have deepened her or his ability to acquire additional kinds of expertise when the inevitable career change happens,” Spector said.

While engineering may be the highest paid undergraduate program, business administration ranked the most popular major in the study.

College graduates with a degree in business administration made roughly about $31,000 to $43,000 a year, according to the study.

According to Collegeboard.com, 20 percent of all undergraduates at CSUN choose a degree in business.

“Business and finance is the most popular major because it’s well paid and you are building yourself to go work in the private sector: in companies and in corporations. A person with a business degree has skills that people are willing to pay for,” Schneider said.

According to CSUN’s Office of Institutional Research, although 16.9 percent of first time freshman in 2012 graduated with a degree in business and economics, the college with the highest course enrollment within CSUN is social and behavioral sciences, with 23 percent of first time freshmen graduating with a degree in that field, general psychology being the most popular degree.

The study also found that having a two year associate degree or certificate in technology, construction or health care can bring in more income than those with a four year bachelor’s degree in a less financially rewarding program.

Part of the reason that Schneider conducted this study is because he believes college students do not have the necessary information available to them to choose majors wisely.

“College students absolutely do not have enough information available to pick majors that will lead them to success and money. This is a failure of government because the government has this data but they haven’t wanted to make it available or they haven’t wanted to work really hard to put it in the public domain in the way that students could use it,” Schneider said.

Emma Wolgast, a freshman who is majoring in CTVA, said that she chose her major because she loves movies, and the fact that it is profitable is only a bonus.

“It’s what I was interested in; it wasn’t about the money. But it is definitely a plus that this major also happens to make a lot of money if your really good at it, or if you just find the the right thing that other people like,” Wolgast said.