Saturdays off the 405: Getty gets loud after hours 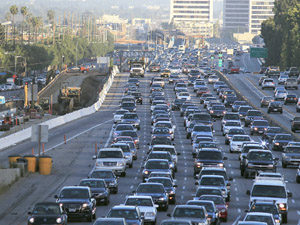 Going to a museum on a Saturday evening may not seem like a compelling event to many, but adding live music to the mix may make the idea more appealing.

Saturdays off the 405 is a series of events put on by the J. Paul Getty Museum. The Getty hosts about one to two live events a month from 6-9 p.m. in the museum courtyard featuring an array of bands and artists. Admission to the event is free and no prior reservations are required.

Food and beverages are available for purchase at a cash bar located in the museum courtyard. The Getty also has two cafes, one has seven different food stations and is open until 6 p.m., and the other, Garden Terrace Cafe, offers salads and sandwiches and is open until 8:30 p.m.

While the 405 is undergoing major construction, it is recommended that guests arrive early to avoid traffic and crowds. The Getty is a pleasant place to spend the afternoon, so what better way to wait for the show to browse through the galleries? Parking is $15, but after 6 p.m. it is reduced to $10.

This Saturday features the industrial electronic sounds of Jonathan Bates’ Big Black Delta. This show is definitely not one to miss as Bates fronts his musical production with the just help of his MacBook, a bassist and two drummers. Formed back in 2010, Big Black Delta has been moving up in the music scene opening for bands like The Neighbourhood and M83.

Having only just released his first full-length album earlier this year, the LA-based musician has been touring in promotion for the album across the states and in Europe.