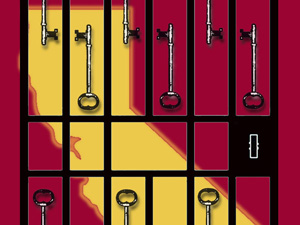 In an effort to comply with a federal court demand for California to reduce its prison population, Gov. Jerry Brown signed a bill into law with two plans to reduce the population size in prisons.

Long story short, Brown needs to reduce the population in California state prisons by 9,600 before Dec. 31. This order was issued in 2010 in response to California’s overcrowded prisons that are in conflict with federal safety standards. Brown had recently submitted a bill to three federal judges asking for a three-year extension to reduce the population size in prisons. If the bill passes, Brown will move inmates to mental health and substance abuse centers. If the bill is rejected, Brown will allocate $315 million from this fiscal year’s budget to relocate prisoners to private prisons.

From a progressive perspective, Brown’s plan to move repeat non-violent offenders to rehabilitation centers is sound. According to the Progress Report, California has the highest rate of imprisoning drug offenders in the nation. The Progress Report found that people imprisoned for drug offenses in California has increased 25-fold since 1980.  There are also twice as many people incarcerated in state prisons for drug offenses compared to the entire state prison population in 1980.

According to a Justice Policy Institute (JPI) report, almost half of the inmates incarcerated for drug offenses are there for simple possession.  JPI’s report also found that in 2000 it would cost Californians over $9 billion to incarcerate about 44,000 persons in state prisons for drug offenses.

According to the California Department of Corrections and Rehabilitation (CDCR), for the fiscal year of 2013-2014, the CDCR was allocated over $8.9 billion. Well, at least there’s transparency about how much money is spent on California prisons.

Brown’s plan to move non-violent offenders to rehabilitation clinics is a step in the right direction. What people need is help from the state, not fear. While the bill will be ruled on later this week, one can only hope that the three-year extension for California to reduce its prison size doesn’t fall through. There is no need to relocate inmates to county jails, private prisons and other alternatives such as out-of-state prisons. California already has about 8,900 inmates who are housed out of state at the expense of Californians.

The alternative to the bill would cost about $315 million, but does California really have that money to do so? That $315 million could be allocated to better areas like education, or at the very least fund rehabilitation programs in California. On top of that, the alternative would only offer a short term solution to the overcrowding problem. While it will meet the federal deadline, according to the Legislative Analyst’s Office (LAO), the overcrowding problem will come back by the years 2015-16. By then, there would be about 8,800 above the court ordered limit in 2015-16. In short, that would be wasted money and effort. Why bring up a terrible solution if it were to arise again in a matter of a couple years? Couldn’t Brown and the other leaders of California come up with a more comprehensive and progressive prison reformation plan since the order was issued in 2010? At the very least, it seems like the bill is a step in the right direction if the extension is granted.

The bigger issue to be addressed is why California prisons are so dreadfully overcrowded.

There are many issues behind the scenes in prisons. To sum up the issue, it is about the theory of the prison industrial complex.

The prison industrial complex (PIC) is a term used to explain the rapid expansion of prisons and increased incarceration rates throughout America. Although the PIC seems like a conspiracy theory, there is a strong correlation between the theory and what is happening now. To shorten a complex theory, the PIC explains that prisons benefit corporations that manufacture items in prison through contracts. These corporations make a living from offering items and workers to prisons. Also, to accommodate for a capitalist society and increased demands for more goods at a cheaper price, inmates are used as a labor workforce to manufacture items at a cheaper cost.

According to Global Research, conglomerates such as AT&T, Texas Instruments, Dell, Compaq, Macy’s, Victoria’s Secret, Target and other big companies have production operations throughout the prison system. According to a Huffington Post article about the PIC, inmates are paid anywhere between $.23 to $1.15 an hour. Some are not even paid at all.

The intention for prisons to be a place of social reform changed into a profitable business venture that is created for the rich by the rich. The prison system in America and California isn’t broken, it works for the benefit of the few at the cost of the many. What needs to be done is a complete rework of the entire prison system. Brown’s plan to move non-violent inmates to rehab centers is a step in the right direction. What needs to be done is to actually help people, not to enslave the masses in the name of money.