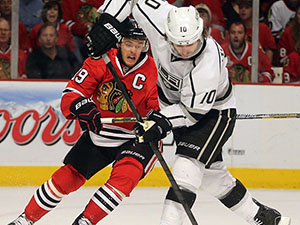 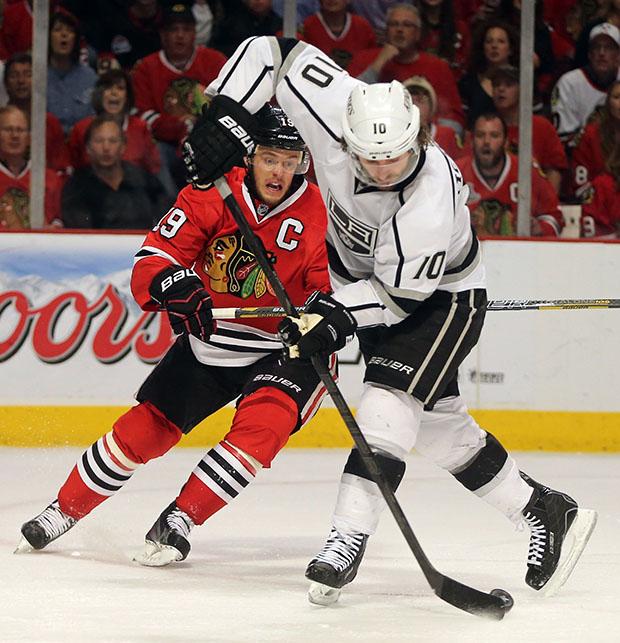 The Kings look to get back to the conference finals after losing to the Blackhawks in the playoffs last season. Photo courtesy of MCT.

The 2013-14 NHL season is one week away, and two teams in the Western Conference have separated themselves from the pack.

The Blackhawks began their march to the cup last season, not losing once in regulation throughout their first 24 games.

The Blackhawks are one of the fastest teams in the league, and a surprisingly physical group for a relatively short team.

Led by captain Patrick Kane, the Blackhawks do not out-muscle teams, instead they use their speed and quickness to pressure teams on the forecheck creating turnovers in the neutral zone and odd number attacks against defenses.

The Blackhawks also kept  their offensive core intact after signing forward Bryan Bickell to a well-earned contract extension after scoring nine goals and eight assists in 23 games in the postseason last year.

They have skilled defensive players who are not afraid to throw their bodies around, such as defensemen Duncan Keith, Johnny Oduya, and even 5’11 180 lb center Andrew Shaw who was not afraid to battle in front of the net against Zdeno Chara, the Boston Bruins 6’9”, 255 lb defenseman, in the Stanley Cup Finals.

No Stanley Cup Champion is complete without a solid goaltender, and the Blackhawks have great security in Corey Crawford. Crawford was a beast in goal during the regular season and the playoffs.

The Blackhawks will not repeat the start they had last season this year. However, they will finish with one of the top two spots in the west heading into the playoffs.

The Los Angeles Kings are the second team that has separated themselves from the rest.

The Kings won their first ever Stanley Cup during the 2011-12 season as an eighth seed, the only team to accomplish this feat. They had one of the most impressive playoff records in NHL history, as they posted a 16-4 record, losing twice on the road, and capturing a 3-0 lead in all four of their best-of-seven series.

For the Kings to get back to the Stanley Cup Finals, it will be because of their defense, anchored by goaltender Jonathan Quick and defensemen Drew Doughty and Willie Mitchell. Quick was the 2012 Conn Smythe Trophy winner, awarded to the Most Valuable Player during the Stanley Cup Playoffs, and is one of the five best goalies in the league today.

The Kings play a physical style of hockey making them a favorite to win the cup. They are at their best when they are pressuring teams on the forecheck and keeping the puck deep in their offensive zone.

Anze Kopitar, Mike Richards and Jeff Carter lead the Kings offense, while captain Dustin Brown is the heart and soul. Carter and Richards played together previously in Philadelphia and have amazing chemistry together, making them a dangerous duo, while Kopitar is so fundamentally skilled that he creates matchup problems for any opponent.

The San Jose Sharks, Anaheim Ducks, Phoenix Coyotes and Saint Louis Blues are the other teams that can compete in the West, but ultimately it will come down to the Blackhawks and Kings because of their strong goalkeepers and proven track record in the playoffs.