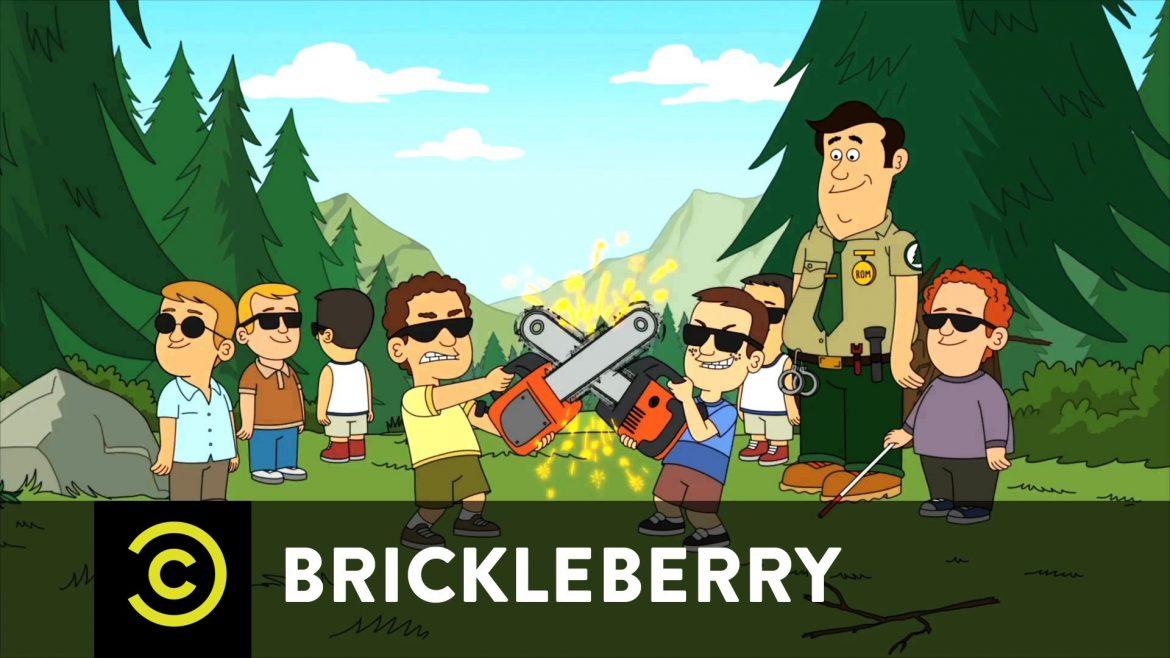 The show was created by Roger Black, Waco O’Guin and Daniel Tosh, who also serve as executive producers. Tosh is part of the cast as well, lending his voice to a grizzly bear cub named Malloy. Earlier this month, the animated series began its second season.

Tom Kenny lends his voice to 55-year-old Woody Johnson, a racist, overweight park ranger with a military background. Jerry Minor voices a young African-American park ranger named Denzel, who is horrible at his job and has a strange fetish for elderly white women.

“When I started doing voiceovers, I quickly realized I liked it better,” Kenny said. “It was more fun and played to my skill set better.”

Minor feels challenged by his role in the Comedy Central series.

“It’s a departure of what I’ve done before,” Minor said. “It helps me get into a characterization of what I do physically and with my voice.”

Minor and Kenny have extensive backgrounds in both stand-up and live-action comedies. Kenny is most well known for voicing Nickelodeon’s “Spongebob Squarepants,” including the show’s live-action character, Patchy the Pirate. He has also done voiceovers for shows such as “Rocko’s Modern Life” and “Johnny Bravo.”

Minor is known for his comedic roles on “Saturday Night Live,” “Crossballs” and “Carpoolers.” He also played a recurring role on the hit show “Arrested Development” as officer Carter.

As far as working with comedian Daniel Tosh, the actors said that they do see him frequently at regular table script reads and trips to the studio to record voices. Tosh has a significant involvement with the show, being an executive producer and voicing a main character, and is  also involved with his own show, “Tosh.0,” that airs on Comedy Central as well.

Though “Brickleberry” does cater to the audiences of “South Park” and “Family Guy,” many viewers have criticized the show claiming that it’s too eager to offend with little to no humor.

“[Family Guy Creator, Seth MacFarlane] has his own point of view with comedy and it’s been very successful,” Kenn said. “Same with Trey Parker and Matt Stone of South Park. They have a comedic sensibility that is uniquely theirs that they came by very honestly… they do a comedy that pushes the boundaries.”

Along with its competitors, “Brickleberry” has become adept at pushing boundaries. The humor in the show displays material so shocking that even the actors are surprised with what they are able to get away with.

“I’m equally surprised by the stuff that gets on and the stuff that doesn’t,” Kenny said. “I gotta say with ‘Brickleberry,’ they’re always covering themselves with a whole bunch of variations of a line. They’ll also write variations on that line that is even more disgusting than it was before.”

Although the humor may provide an extreme level of shock and even some discomfort, Kenny and Minor take pride in the characters they voice.

“I welcome the opportunity to play someone like Woody,” Kenny said. “I’ve never done something like him before. He’s racist, homophobic, close-minded and ignorant. It’s fun to play someone who is so markedly different from you.”

Minor enjoys the simplicity of voicing an animated character.

“It’s different from a lot of the stuff I do cause I don’t do nearly as much voiceover as Tom,” Minor said. “It’s a lot easier and I enjoy it because it doesn’t involve makeup and a lot of preparation you do for live action stuff.”

New episodes of “Brickleberry” air every Tuesday at 10:30 p.m. on Comedy Central.