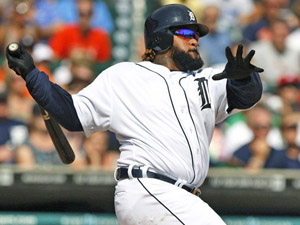 The road to the World Series will go through Boston, as the top-seeded Red Sox surprised everyone and dominated the American League. Boston will await the winner of the Wild Card, as the Cleveland Indians will battle the Tampa Bay Rays for the last playoff spot. In the second Division Series, the Oakland Athletics will host the Detroit Tigers in a rematch of last year’s Division Series.

The Cleveland Indians have been the biggest surprise in all of baseball, winning 10 straight games to clinch the top wild card berth in the AL. Skipper Terry Francona, who was fired by the Red Sox two seasons ago, has led a team without a superstar to 92 wins. The Indians don’t have a .300 hitter, a 25-homer player, or a 15-win pitcher, but what they do have is a different hero emerging to win each game.

Cleveland will host Tampa Bay in the wild card game on Wednesday, and they should win behind a pumped home crowd. Despite having one of the league’s lowest payrolls year after year, Tampa Bay has continued to contend in the American League. The rotation is led by co-aces Matt Moore and David Price while third baseman Evan Longoria, the face of the franchise, leads the team in home runs and RBIs. Rookie sensation Will Myers has given the Rays new life after being called up in June. However, after Longoria and Myers, the Rays’ offense lacks punch as several starters bat under .260.

The Red Sox mashed their way to a league-leading 97 wins as their offense led the league in runs scored and finished first or second in most other offensive categories. The Red Sox bullpen has been lights out, as closer Koji Uehara has dominated opposing batters by striking out 101 batters in 74 innings. Boston’s only weakness may be it’s starting rotation, where no true ace has emerged this season.

A match-up between Francona and the Red Sox, his former team, would be intriguing, but Boston should dominate, save for pitching meltdown.

Much like last year when they clinched the division on the last day of the season, the A’s scrappy play in September led them to another division title. Third baseman and fringe MVP candidate Josh Donaldson led the team with a .301 batting average and 93 RBIs, while Cuban slugger Yoenis Cespedes and first baseman Brandon Moss provide some additional pop in the lineup. The A’s have an average starting rotation, but 40-year-old Bartolo Colon, who continues to defy his age by winning 18 games, gives the A’s a solid starter for game one.

Detroit stumbled into the playoffs, but still remains a heavy favorite to win the pennant. Third baseman and reigning MVP Miguel Cabrera had a season for the ages, hitting 44 home runs for the second year in a row to go along with 137 RBIs and a .348 batting average. A starting rotation of Max Scherzer, Anibal Sanchez and Justin Verlander give the Tigers the best starting rotation in the postseason. Scherzer and Sanchez are Cy Young candidates with sub-3.00 ERAs, while Verlander remains the most clutch pitcher in baseball, last year throwing a complete game shutout in Oakland to clinch the ALDS for Detroit in game five.

Although the A’s would love to avenge last year’s playoff loss, Detroit’s top-heavy pitching will shut down Oakland in a quick series, if their offense doesn’t bash A’s pitching early on.

A Detroit-Boston championship series would be an exciting matchup for fans, as Detroit’s pitching will be tested against Boston’s lineup in hitter-friendly Fenway. However, if Detroit’s starters could squeeze out a win in Boston, Red Sox pitchers may falter in the equally hitter-friendly Comerica Park. An exciting series should result in Detroit winning the AL pennant for the second year in a row.