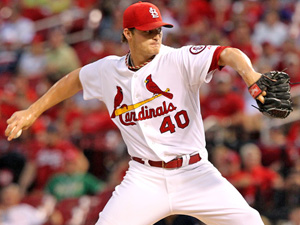 It is officially October and to baseball fans everywhere that means it’s the start of an anxiety-filled postseason. It all starts tonight when the Cincinnati Reds and the Pittsburgh Pirates play each other for the wild card spot.

Cincinnati Reds vs Pittsburgh Pirates – Led by star outfielder Andrew McCutchen, the Bucs are making their first postseason appearance in 21 years. McCutchen had a breakout season last year and has continued that surge into 2013 batting over .300 with 21 home runs. Third baseman Pedro Alvarez, who leads the team in home runs with 36, gives the team a one-two punch in the lineup. Francisco Liriano, by far the team’s number one starter, will take the mound in tonight’s elimination game. There’s no other pitcher I trust on that team, my fantasy team and I have been burned too many times.

But the Cincinnati Reds have a major edge over the Bucs, having made a postseason run last year before losing to the San Francisco Giants. First baseman Joey Votto is consistently a stud. He’s an RBI and home run machine whose batting average hasn’t dipped below .300 since 2009. Rookie Billy Hamilton’s speed has been an asset to the team, but it has yet to be decided if he’ll make the postseason roster. The Reds also have a deeper pitching rotation than the Pirates with Mike Leake, Johnny Cueto, Tony Cingrani and hard-throwing left-handed reliever Aroldis Chapman. It’ll be a close series but the Reds will ultimately be the team facing the St. Louis Cardinals on Thursday.

There is no doubt that the Cardinals will crush the Reds though. The Cardinals are just one of those teams that no one sees coming. Starting pitcher Adam Wainwright continues to be an ace boasting a cool 1.06 WHIP and 19 wins. Rookie starting pitcher Michael Wacha has made a promising debut and last week was one out away from a no-hitter. He could be fundamental in rounding out the rotation, but will he be able to stand the pressure? The real value on this team is in second baseman Matt Carpenter, who can play at almost every position and still produce runs. Allen Craig has power in his bat too, but a foot injury could sideline the first baseman.

Los Angeles Dodgers vs. Atlanta Braves – The Los Angeles Dodgers have had great momentum this season which seemed to stop suddenly in September. The team has accrued some pretty nasty losses in the last couple weeks including a 19-3 loss to the San Francisco Giants. Not to mention on Sunday the team announced that outfielder Matt Kemp will not play in the postseason due to an ankle injury. However, Kemp has been out for the majority of the season but the team still managed to secure a playoff berth. Pitchers Clayton Kershaw, Zack Greinke and rookie Hyun-Jin Ryu have all had solid performances this season. It’s whoever pitches after them that is the concern.

The Atlanta Braves have been consistently solid this season and it could be their turn to shine. They could easily knock out the Dodgers, since they’ve beaten them five out of seven times this season. Rookie starting pitcher Julio Teheran had an incredible 14-8 season and proved himself to the team. Reliever Craig Kimbrel could be a difference maker in the series if he can lock up those one-run games, which the Dodgers frequently let slip away. Reliable hitters, like first baseman Freddie Freeman, third baseman Chris Johnson and outfielder Justin Upton are cause for concern as well.

The Dodgers are favored to win it all, but if they can’t make it out of this slump my money is on Atlanta.