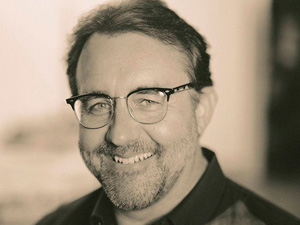 Credited with producing some of the most successful animated films of all time, CSUN alumnus Don Hahn discusses working for Disney, advice for CSUN students interested in film production and his longtime friendship with Tim Burton. Hahn also updated the Daily Sundial on one of his current projects, a new film starring Angelina Jolie.

Daily Sundial: Who inspired you to begin producing animated films and why animation?

Don Hahn: The Disney artists who worked with Walt himself inspired me. I didn’t set out to produce animated films. I went to school for music and graphic design, and then when I started working for Disney thought I would be an animator, but it became clear to me pretty quickly that I would be an average animator at best. During this time, however, I had the privilege to work with and learn from men and women who had worked directly with Walt Disney. People like Woolie Reitherman, Marc Davis and Ollie Johnston. They inspired and challenged me on a daily basis, and eventually I realized what I was really good at was putting a team of the right people together to get a particular job done, and then cheerleading them past the finish line. And it was people like Woolie, Marc and Ollie who helped me see that about myself. That’s how I got into producing. They inspired me to figure out what I was good at, and then to just do that.

DS: Out of all the colleges in the US, you chose to study music and art at CSUN. Why CSUN?

DS:  You worked with Tim Burton on Frankenweenie.  Did you find it challenging working with Mr. Burton?

DH:  Not at all. Tim has been a friend of mine for thirty years and I love working with him. I’m always looking for an excuse to do it again. He is brilliant!

DS: There was an incredible magic that was created with the films Beauty and the Beast and the Lion King. When working on a new animated film, do you find yourself wanting to recreate the magic these two films brought about? These films remain as two of the biggest selling films of all time.

DH:  I don’t think I ever set out to try and recreate the magic of those two films when starting a new project. The team creates that magic, by doing what it is they’re best at, and for me it’s always about putting together the right team. Each project is different, and requires the talents of hundreds of men and women, so in building that team you have to figure out what’s right for a certain project. You always do what’s right for the project, and trying to recreate a past success is a double-edged sword. It might have worked the last time, but there’s no guarantee it will work this time, especially if it doesn’t fit with what you’re presently working on.

DS:  If there was one golden nugget that you wish someone shared with you when you got involved in film production, what is it?

DH:  You don’t need to ask permission to do something. We are conditioned to think that if I do this thing well, I will be rewarded with this other thing that I really want, but to me that’s wrong-headed thinking. Stop waiting for somebody to tell you that you can do something. Just do it. You want to be a writer, then write everyday. You want to be a photographer, then go out with your camera every day and explore the possibilities. Stop asking for permission. Granted this might not be the best way to pay the bills, but if you want to do or be something with all your heart and soul, then just go out there and get to work. The rest will sort itself out. I truly believe that.

DS:  What projects are you currently working on? Are there any organizations that you would recommend CSUN Cinema, Television and the Arts majors to get involved with?

DH:  We are just finishing up Maleficent, starring Angelina Jolie. She is amazing and born to play this role. Elle Fanning plays Aurora, and the movie is coming together great. It comes out May 30, and I can’t wait for people to see it.