Apps you didn’t know you needed: midterms (or exams) edition 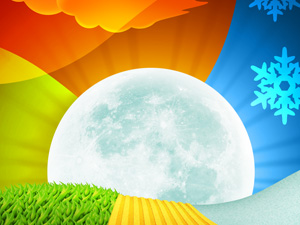 It’s midterm season, and while some students have already taken their tests, many are preparing for — maybe even dreading — days of studying.

But students needn’t worry too much because there are several apps available that can facilitate efficient studying, help calm nerves and aid in concentration. For example, studies have shown ambient noise can aid in concentration and stress relief.

Here are some recommendations that could help ease midterm stress.

For those who are visual learners and love using flashcards, Brainscape is a solid choice in studying software. The app lets users create their own flashcards by creating a subject — i.e. Biology, English, etc. — then making a deck. Inside the deck, the user can type in both the questions and answers to what they’re studying and make as many cards as they wish.

As a student goes through each flash card, they can choose from one of five colors indicating how comfortable they feel about their knowledge of a particular card, ranging from red (not at all) to blue (perfectly). Based on what color they chose, the app determines how soon a card will show up again.

Brainscape keeps track of the user’s progress with a percentage of overall mastery of their chosen subject along with a “confidence breakdown,” a pie chart that indicates the user’s confidence level in each individual subject, as well as the entire library of flashcards.

If a student chooses, they can create an account that lets them sync their flash cards with other iOS devices.

Users can buy other pre-made flashcards by visiting the “Brainscape marketplace” within the app, where additional subject flashcards are available for purchase.

Brainscape is free, with additional content starting at 99 cents. It is only available for the iPhone, iPad and Mac computers.

Take the coffee shop with you

Users are also able to send in audio of their own favorite coffee shop sounds for possible inclusion to the app’s website and mobile app.

A feature that may be appealing to students is the ability to play music from iTunes while listening to the recordings on the app. A user can balance volume levels and decide how loud they want their music or the ambient sounds.

Coffitivity’s website can be accessed for free. For on-the-go users, the Coffitivity app costs $1.99 and is available for iPod, iPad and Mac computers.

‘Tis the season for studying

Relax Melodies Seasons is another application that provides ambient sounds.

The difference: users can put themselves in the sounds of summer or the ambience of autumn with time-of-the-year-specific recordings.

The app features a total of 32 ambient sounds, with 24 corresponding to the four seasons in a year. Some examples of non-melodic choices are “Fireplace” or “Family at the Beach,” while others such as “Aurora” and “Dream” feel more like an instrumental song.

Two of the sounds which are not season-centric are “Concentration” and “Pre-Sleep,” recordings designed to have positive effects on brainwaves.

Lending credence to the “seasons” part of the app’s name, Relax Melodies Seasons offers eight classic Christmas songs such as “Carol of the Bells,” “Deck the Halls” and “Jingle Bells.”

Users can mix and match any of the 32 sounds, giving them the freedom to create their own ambience and can choose from five pre-made combinations of sounds in its “Favorite” section.

Sounds to study to

Study is an app designed to increase a user’s productivity. It involves a 45-minute track that includes nature sounds — mainly birds — and slow, short melodic phrases.

According to the app’s iTunes page, it is generally recommended to take a break after 45 minutes, hence the track’s length. The ambient sounds can be put on repeat with a simple swipe of a button.

The app’s “Info” page says the user is meant to experience a “body-relaxed, mind-alert state that’s ideal for studying.”

Study is free and is available for any iOS device.

For students who are looking for to relax or relieve stress before or after a big test, yoga can be the perfect solution.

Simply Yoga is a beginner’s yoga app with three workouts of 20, 40 or 60 minutes and includes over 30 poses and three pre-made routines. The app offers instructional videos for each pose.

Simply Yoga has both a free and paid version — which allows users to create their own routines and is ad-free  —  and is available for the iPhone, iPad and iPod Touch.