Stop lying to yourself about these midterm myths 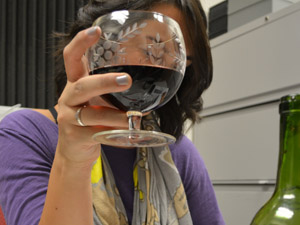 As midterms arrive, are you finding yourself increasingly curled up in the fetal position, pondering the plausibility of time travel through a caffeine-induced fit of tears? If so, it’s possible you’re not studying correctly.

Here is a list of some common study myths that probably got you into this position.

Amidst the many existing study myths there are some that are more debatable than others, but cramming seems to be almost universally agreed upon as a bad idea. Yet there are still those who propose it works fine for them, keeping the material fresh in their mind.

Many organizations such as Cornell University suggest it is ideal to spread out your studying evenly throughout your course. They also suggest limiting your blocks of study time to no more than two hours on any one course at a time.

Students should study as soon possible after a lecture, they added, because one hour of studying right after class is equivalent to as much as several hours a few days later.  Either way, that’s undoubtedly better than cracking open a textbook for the first time a week before an exam.

Myth: Study in One Spot

“If I have somewhere where I get comfortable then I may study there for a couple of hours but every once in a while I like to move around…I’ve actually heard it’s better for your brain function to do things in different areas.”

This is precisely what Dr. Harstein said, explaining that it helps students to fully obtain the information.

Even though we cannot see it taking place, she explained, the brain associates what it’s learning with the background. Changing the background environment helps slow the forgetting of material by enriching the information the student is absorbing.

Myth: Listening to Music While Studying

Speaking of distractions, another popular myth is that you should (or can) study with music – some say it actually helps them. But those who defend this myth may be downplaying the many moments of pen-drumrolls and sing-a-longs.

“Music just distracts me,” Noble admitted. This parallels the conclusions of Clifford Nass, a professor at Stanford University, who in USA Today explained that music has a problematic effect on reading or writing.

However, Nass also explains in this article that students should really just tailor their music choices to how they’re feeling:

“We know that music changes how you feel, and often it can change how you feel in a positive way.”

He only strictly advises against listening to music with lyrics while doing language-based work.

Some studying habits are mere blatant lies people tell themselves while they study. Studying drunk and testing drunk is one of these study myths.

It’s true that you’re more likely to recall information when your brain is operating the same way as when you learned that information, but as anyone who has been drunk before also knows, you’ll have more trouble comprehending things.

Instead of polishing off a few glasses of wine while studying, stick to tea or coffee.

With the exception of not studying drunk, there is no universal study method that applies to everyone. Students are not all exactly the same.

Not only do all students have nuances in their lives that may make their ideal study environment not entirely possible, but different people learn differently. A study performed by the University College London, UK, suggests introverts may struggle even more with retention while studying with music, in comparison to extroverts.

Ultimately, if you’re not doing as well as you’d like, there may be some room for change. If you’re up for that change, websites from organizations like Cornell are full of excellent, specific tips.

Don’t underestimate the power of a full-functioning brain, a proper diet, a well-balanced sleep schedule and a solid study routine.