A soulful evening at the VPAC with country music star, Josh Turner

Multi-platinum country singer Josh Turner took center stage at the VPAC last Thursday performing chart-toppers including ‘Your Man,’ ‘Would You Go With Me,’ ‘Why Don’t We Just Dance’ and ‘Long Black Train.’  Turner has sold more than five million albums and is one of the youngest members of the Grand Ole Opry.  His trademark baritone was in fine form as the nearly sold-out crowd sung along to hits including songs from his latest album ‘Punching Bag.’ 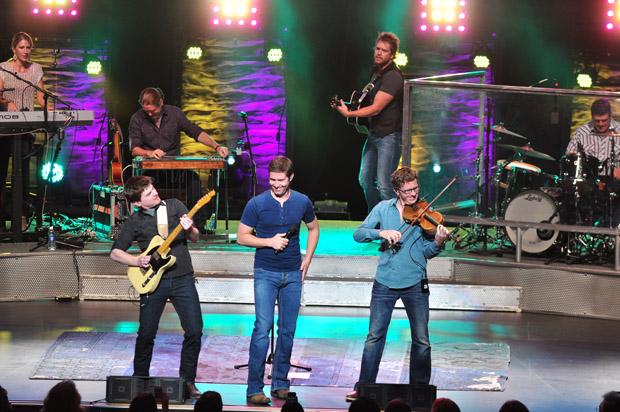 As Turner greeted the VPAC crowd, a couple in the orchestra section held up a bright green poster that said, ‘We named our son Turner after you.’  Turner paused to acknowledge the couple and said, ‘I’ve had license plates but this is a first.’  He told a member of his crew that he wanted to meet the couple after the show.  Turner truly loves his fans.  His radiant smile and humility proved this.

Turner introduced his wife and ‘best friend’ Jennifer Turner who played keyboards the entire evening.  His high energy kept the enthusiastic audience on their feet clapping, dancing and singing along.  High-tech lighting and digital-video screens helped set the tone for the evening as Turner took the crowd on a musical journey showcasing the ups and downs of life.

Did you know?  During the last 24 hours prior to a performance CSUN students can purchase rush tickets for $12 at the Ticket Office.  Tickets are first-come-first-served and based on availability.  Students may also purchase single tickets with a CSUN ID at the Ticket Office at a 40% discount.  For more information go to www.valleyperformingartscenter.org/tickets/csun-discounts.

For more information about Josh Turner: