Sundial staff picks some scary videogames to play this Halloween 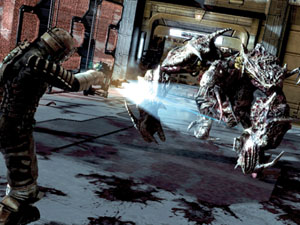 Dead Space: Yeah, I know, we’ve seen this one before, but that’s because it’s one of the best. While some say that “Dead Space” isn’t a true survival horror game by design, I have to disagree. Sure the sequels moved away from the notion even further, but the game sets up the character of Isaac in the same way any other unsuspecting horror story character makes their entrance. Isaac is thrust into a monumentally fucked up situation after he goes with a group to investigate a mining ship that his girlfriend happened to be on. Once they arrive, things go from creepy to downright deadly as the reanimated corpses of the crew (Necromorphs) sprout razor-like talons and attack Isaac’s team. From that point on, our hero must figure out what happened to the ship, while desperately trying to hold onto his sanity. “Dead Space” is a remarkable game not only because of the suspenseful gameplay or relentless tension, but because it fully immerses the player into the world it creates. Everytime Isaac comes to a hallway there’s that inkling feeling that something lurks around the corner, or that a necromorph will pop out of an air shaft. “Dead Space” is also a testament to the fact that sometimes silence can be the most powerful scare tactic of all. This game will guarantee a sleepless night and have you checking your locks long after the Xbox has been turned off. 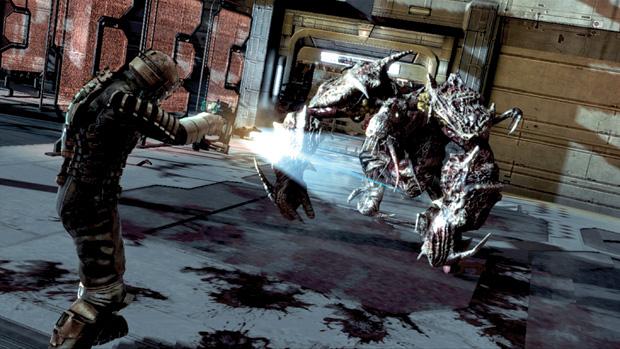 Limbo: Sometimes less is more by a mile. That’s the idea used in the 2010 indie platform game “Limbo.” The game is minimal in its approach using grainy black and white images that leave much of the background to the players imagination, but it does not shy away from the horror/fantasy story that it promises. The player assumes control of an unnamed boy who awakens on the edge of hell. He must journey through the malevolent land and find his missing sister before he is fully consumed by the dangers lurking in the shadows. The eerie aesthetic, awesome sound design and emotional journey all culminate to make “Limbo” an unforgettable experience. Though it is not considered a horror game by most, it is scary in its own right. Most can agree that watching a little boy be violently killed by a giant spider can be scarier than anything a true horror game could throw at you. The games suspense comes from these moments when the player can no longer watch the character die in such gruesome ways. It messes with your head, forcing you to find another way even when the characters impending doom seems unavoidable. If you’re looking for a viscerally unnerving experience, “Limbo” is sure to satisfy.

Silent Hill 2: The worst version of hell can manifest from our own guilt. That’s the core takeaway from “Silent Hill 2,” a game that still frightens me ever since it was released in 2001. The game centers on James Sunderland, a widowed husband who receives a letter from his deceased wife. From there, players are introduced to a psychologically draining journey. Each monster in the game is a representation of Sunderland’s guilty subconscious. Every corner of the level design houses a dark metaphor for pain and regret. “Silent Hill 2” forgoes some of the tropes of horror games established by titles like Resident Evil. You won’t find endless amounts of cheap gore, or visceral combat where monsters can be blasted away with a well-placed shotgun. There’s a sense of emptiness and loneliness that comes with playing the game. It’s a feeling that still haunts me. A feeling that makes horror one of the best genres in video games.

Slender: 8 Pages: I was endlessly fascinated when I heard about “Slender: 8 Pages.” Everyone talked about a terrifying experience that could barely be finished. My interest wouldn’t subside, so I downloaded the indie title to see what the fuss was all about. It only took a minute for me to wish I wasn’t playing anymore. The fear took hold of me and wouldn’t let go. “Slender: 8 Pages” tasks gamers with scavenging a forest at night for eight pieces of paper equipped only with a flashlight. The problem is, the Slender man is stalking players, ready to pounce if the gamer makes any mistakes. The greatest part of “Slender: 8 Pages” is that it takes the idea of exploration that thrives in so many games, and makes it the most terrifying mechanic imaginable. There’s no photo realistic textures, beautifully ambient environments, or gore heavy gameplay. This is a barebones title that excels at terrifying gamers.

Bioshock: Just because a game wasn’t intended for the horror genre, doesn’t mean it’s not scary as hell. Enter Bioshock, a gripping tale of a 1960 underwater utopia gone horribly wrong. The game opens as you, the unidentified and extremely unlucky character, crash lands in the middle of the Atlantic. You take refuge in a lighthouse that just so happens to be in the ocean, and find the entrance to Rapture, a city created to aid creative minds and free man from the shackles of morality. Not surprisingly, all that’s left are the remains of the unfortunate society. Half-human junkies populate what’s left of the city, searching for adam, the genetic drug that gave the residents of Rapture supernatural powers, such as telekinesis or shooting bees out of their hands. Besides those, there’s the occasional “Big Daddy,” a giant killing machine built to protect “Little Sisters,” the mutated little girls that carry the highly sought-after drug. Aided by Atlas, a man trying to reunite with his family, players make their way through rusting buildings filled with corpses and monsters trying to slit your throat around every corner, but that’s not even the creepiest part. Tapes are scattered throughout the levels that show terrified people dealing with a crumbling society. Players can hear the confessions of a psychotic surgeon searching for the “perfect beauty” and his unfortunate patient who becomes his victim, or the rants of Andrew Ryan, the mastermind of Rapture who would do anything to protect his fantasy land. These candid recordings add a chilling to factor to this creepy-ass narrative, ensuring a thrilling scare to any player. It’s okay, no one will judge you for keeping the lights on while playing.

The Last Of Us