The triumphant return of LA’s savior 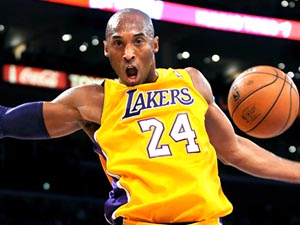 The city of Los Angeles collectively exhaled a sigh of relief as news broke yesterday that Kobe Bryant has been medically cleared to practice with the Lakers. That means he’s going to come back, gel with everyone and take the team on a magical run to the playoffs, win the championship and cement his legacy as the greatest player of all time, right? Not so fast. Inserting one of the league’s most ball-demanding players into the starting lineup doesn’t happen flawlessly.

In terms of offense, the Lakers are ranked 24th in offensive efficiency and are 16th in the league in points per game. With a shooting-guard-by-committee approach, players like Nick Young, Xavier Henry, Jodie Meeks, Steve Blake and Wesley Johnson have been thrust in the spotlight and asked to collectively shoulder the load left behind by the injured Black Mamba. Their points per game and offensive efficiency should increase overnight with the return of possibly the greatest offensive player this side of Michael Jordan.

This has probably been the most fun Lakers team to watch in recent memory. They share the ball, they play hard and most importantly they have exceeded every expectation that pundits showered them with prior to the season starting. The Lakers currently sit at 5-7 and honestly, not many teams can say that they would be two games under .500 without their best player and arguably a top five player in the NBA.

The question is, do they want to be a mediocre team that almost makes the playoffs? The answer is no. With an aging Pau Gasol, a wheelchair-wielding Steve Nash and a 35-year-old Kobe coming off an Achilles injury and having almost an entire team comprised of unrestricted free agents in summer 2014, next year’s draft may be the most important in Laker history.

There is, however, another layer to this. Bryant doesn’t have the word “tank” in his vocabulary and never will. He is arguably the most competitive and driven player in the history of sports, period. In a crossroads season for the Lakers, Bryant will keep them afloat and far away from any chance of getting in the highly-coveted Andrew Wiggins or Jabari Parker sweepstakes.

Aside from team success, Bryant is on a personal mission, because in his eyes, he either plays at an elite level, or doesn’t play at all. Bryant is also out to prove every writer wrong who published blasphemous rankings putting him outside the top-20.

Despite the emotions regarding Kobe’s return, the Lakers have plenty of other question marks that need to be addressed. Gasol needs to regain his confidence, their 25th-ranked porous defense needs to improve and head coach Mike D’Antoni has to figure out a consistent rotation for his his plethora of talented, young players. Bryant’s return is essentially rendered useless if the Lakers can’t fix their chemistry and sieve-like perimeter defense.

With all these uncertainties surrounding the Lakers, one thing is certain: Bryant is unique and one of the most enjoyable players to watch on the hardwood. Regardless of his return timetable and how the Lakers will fare in the West Conference this season, Bryant’s return will rejuvenate basketball fans across the country and more importantly, pump excitement into the city of Los Angeles.