Time to let the N-word fade out 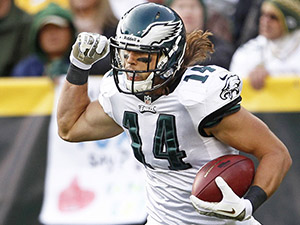 Although the Martin-Incognito bullying scandal may not have been fueled solely by the use of the N-word, it did bring up an important topic: the contemporary use of a word that should have died decades ago.

As an African-American, I cannot say that I have never used the N-word. I can say that when I did, it was in a joking manner with the intention only to make me sound more black. Growing up in a predominantly white community, I would slip the word in every now and again to build my ethnic credibility hoping that no other African-Americans heard me to see straight through my guise. Other teens around who weren’t black would do the same thing.

That double-standard is the first issue when it comes to understanding the usage of this word. It is okay for African-Americans to use this word but not for anyone else. Philadelphia Eagles wide receiver, Riley Cooper, was caught saying the N-word and his defense is that he has heard his black teammates say it.

Black NFL network analyst and ex-football and baseball player, Deion Sanders, agrees that people cannot simply pick and choose who will get in trouble for using the word especially since odds are, the accusers have used it in the privacy of their own homes at one time or another.

Number two is the inconsistency with the acceptability of the word. Some African-Americans are OK with the use of the word and others are completely against it.

I do not doubt that the word is being kept alive largely in part by the African-American community but this only suggests that there may need to be an internalized change before the rest of the community can figure out what to do.

This means not trying to change the meaning of it to something positive but to not use it at all. The sad truth is that those who still use the word with its historical meaning have an even easier time screaming their racism out loud, hiding behind the mask of ‘the black people I know say it.’

It is no surprise that in the close-knit multiracial environment of the NFL locker room, the N-word is thrown around. It is a term that the black community uses as a term of “endearment” or “brotherhood” which is, essentially, what a professional sports team becomes. Why wouldn’t the white players start using it towards each other including their black teammates?

The N-word came from the South. Originating from the word Negro, which means black. It is thought that southerners’ mispronunciation of the word or phonetic spelling is how the -er got adopted into it. The word was the verbal embodiment of keeping an entire group of people down. In fact, it captures “the personal hatred and institutionalized racism directed towards blacks,” according to the African American Registry .

No doubt there is a reason behind the use of the word but it’s not always about doing what is easy, it’s about doing what is right. Show some respect and be positive icons for the community. Pro-sport players did not necessarily sign-up for fame but fame is part of their success. With that fame comes social responsibility and it is time for these men to step up to the plate.

Let’s let the confusion die. Pro sports leagues have some of the greatest influence nationwide across all racial groups no matter their socio-economic status. Let the example start there, televised, with agreement from the players shared through their personal media outlets. They hold so much power, much like musicians, rappers, and others who use the N-word incessantly. If they start talking about how uncool it is to use the word, the idea will surely catch on, and we will at last see the dated word fade.