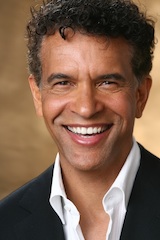 Brian Stokes Mitchell will take center stage at the VPAC Saturday Dec. 7 showcasing his tremendous range of talents for a memorable evening of broadway tunes. Audience members will be in for a real treat as “Stokes” plays the melodica, an organ-keyed instrument related to the harmonica on at least one number.

The Daily Sundial spoke with Stokes about his upcoming VPAC performance, his role on the television show “Fresh Prince of Bel Air” and what it was like playing the singing voice of Jethro in the animated film, “The Prince of Egypt.”

Daily Sundial: What can audience members look forward to with your upcoming performance at the Valley Performing Arts Center?

Brian Stokes Mitchell: This show is based on “Simply Broadway.” The album was based on a great recording from Bill Evans and Tony Bennett. They did a great album of standards. I recorded 25 broadway tunes. I narrowed it down to 12. We did it very old school style. Most of the takes are one solid live take. It makes for a very intimate special concert. It allows me the opportunity to play some characters that I normally don’t get to play.

DS: When I think of the melodica, a late 1960s Atlantic jazz record comes to mind. You don’t hear this instrument that often. Tell me about it.

BSM: (The melodica is) a lazy man’s harmonica. I love the sound because it has that harmonica kind of sweet, pure sound that goes right to your soul. I’ll do at least one number at my concerts.

DS: How do you decide on a piece that you will arrange and orchestrate yourself versus bringing in full-time arrangers and orchestrators?

BSM: On this particular album and show it was a no brainer. I worked with Tedd (Firth). We have a seamless way of communicating with each other. Usually what I would do is come in with a concept for a song. A lot of times I will approach things visually as if I’m scoring a film. What I love about this show is it’s very orchestral. People that come to the show say it sounds very full to them. It’s always been the same feeling and vibe. I always say Tedd is the pianist that I hoped I (had) become. I don’t call myself a pianist around him. On the Christmas show I’m doing now, I did two orchestrations. I hear music playing in my head nearly constantly like a radio. Once I have a strong concept it starts playing itself.

DS: Technology moves at a rapid pace. How has the advancements in technology contributed to your day-to-day?

BSM: In my studio in my house (growing up) I started out very young with an old tape recorder. My brother John and I would constantly play with tape, editing and splicing. (It then) went on to 4-track and 8-16 track reel to reel. I continued to progress and now I use Pro tools. I started out with one of the first notation programs. I learned to orchestrate and write by hand. The program was very clumsy. It took too long to put it into the computer. I now use Sibelius. It allows you to hear back so you can see if the tempo or harmonic structure is right. It certainly makes writing easier. In the old days you heard it for the first time in front of the orchestra.

DS: There’s often an incredible energy that takes place when artists record in a studio. I’m curious as to how you take this energy and translate it out into live performances?

BSM: I find it much easier to have this energy in live performance. One of the things that happens in a studio is you can get complacent. In a theater it’s one long take. The best studio recordings I find are the ones I have played in front of an audience. In the studio it’s more about the synergy between musicians. Tedd is an improvisational piano player and I’m an improvisational singer. I wanted to capture the original spirit of the song. One of the things I’m doing in the back of my head when I’m recording is (thinking of) how I’m going to edit this.

DS: When you contributed to the “Prince of Egypt” as the singing voice of Jethro, did you find it more challenging getting into character for an animated film compared to a live stage character?

BSM: It was a lot of fun. One of the things I had to do is make a transition to capture the singing voice of Danny Glover. I had to match his vocal quality. All I had to do is discover why they wrote what they wrote.

DS: What is the first memory that comes to mind about your news anchor character on the “Fresh Prince of Bel Air?”

BSM: I had a lot of fun doing that show. Karyn Parsons was very wonderful to work with. That entire cast is very talented and funny. They killed me off because I had a broadway show.

DS: If you were to give an aspiring actor some golden nuggets to help them along their path towards the profession, what would they be?

BSM: You really need to want it. You will hear a lot more no’s than yes’s. It’s hard to not let that get you down. You have to really want it. You have to work really hard at it. When it’s done really well it looks really easy and effortless. It’s about creating an alternate reality. The first three rules are know your craft, you work because you work and you make a reputation for yourself.