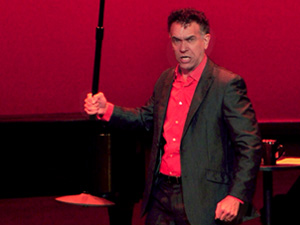 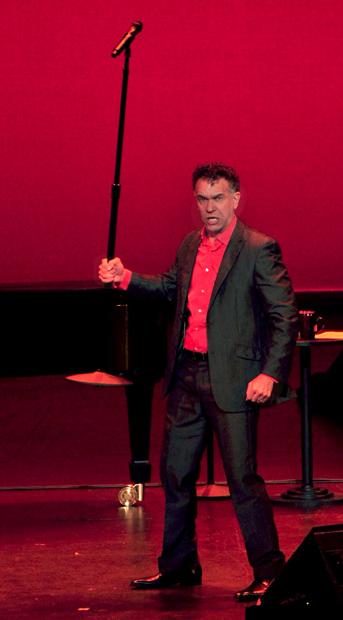 When it comes to the most versatile, gifted artists in the world today, “Stokes” as he prefers to be called, is in a league of his own. He took center stage at the VPAC last Saturday and it’s no coincidence that the New York Times dubbed him “The Last Leading Man” on Broadway. Armed with his signature baritone, Stokes filled the Great Hall as the nearly sold-out crowd sung along to hits including standards from his latest album ‘Simply Broadway.’

As Stokes greeted the VPAC crowd he expressed his gratitude towards anyone supporting the arts and gave “a little history lesson” on The Actors Fund. His seemingly effortless ability to transform in and out of character garnered standing ovations and thunderous applause throughout the entire evening. Stokes truly loves his fans. His radiant smile and humility proved this.

The song “It Ain’t Necessarily So” from Porgy and Bess had Stokes doing a little strutting across the stage. He kept the audience engaged raising the house lights up at one part in the show calling on sections of the audience to raise their voices. Stokes’ rich repertoire of material and his innate ability of visual storytelling through his voice, captivated audience members.

Towards the closing out of the show, Stokes’ voice soared on “The Impossible Dream” from “Man of La Mancha.” He held the song’s final note for a prodigious amount of time as the enthusiastic audience rose from their seats for a standing ovation. Not planning to perform a Christmas song at the show, Stokes treated the VPAC audience with the fun tune “A Crazy Christmas List/The Christmas Song.” Originally performing the song in a televised Christmas concert with the Mormon Tabernacle Choir, Stokes had audience members laughing and applauding.

As audience members exited the VPAC everyone’s spirit was definitely uplifted. Stokes proves time and time again that he’s the “real deal” and he deserves all of the applause and accolades that will continue to come his way. He is truly “The Last Leading Man” on Broadway, and his memorable performance at the VPAC was a true testament to this.