It’s not if an earthquake will hit, but when 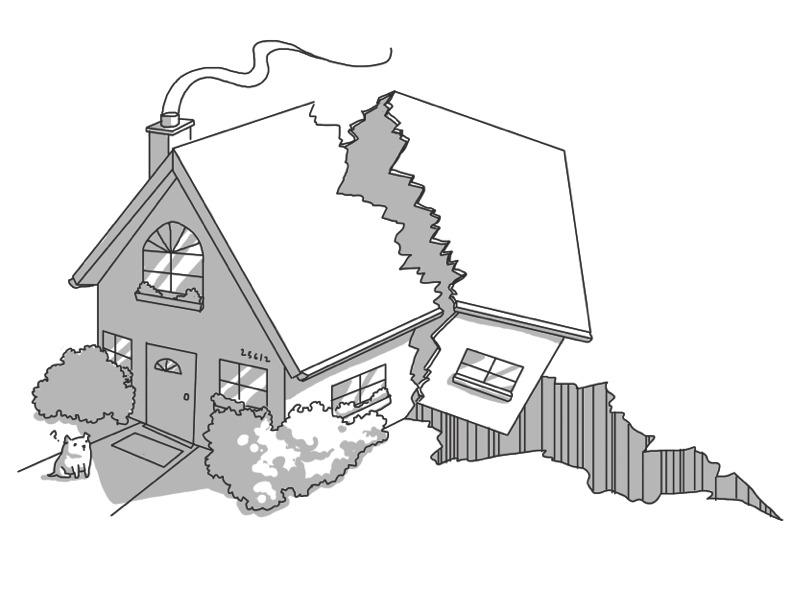 Over 50 people dead, 7,000 injured and 20,000 people displaced from their homes. Billions of dollars in damages. That was the extent of the 6.7 magnitude Northridge earthquake that hit on Jan. 17, 1994 as reported by the U.S. Geological Survey (USGS).

Here’s the kicker: For the past 20 years, no major legislation has been passed that would address the problems that plague Los Angeles County in terms of earthquake safety and preparedness.

And to top it off: an LA Times analysis of buildings within L.A. city and county built before 1976 found that over a thousand buildings in the city and a couple hundred throughout the county, are at risk of collapsing during a major earthquake.

Those are some daunting statistics to look at. Unfortunately for us, the most prominent danger when it comes to a major earthquake are the buildings that we work and live in. And it seems like not much is being done about this situation.

Amidst all these morbid statistics, there is a ray of light. In 1981, Los Angeles passed a bill that required the retrofitting of 8,000 brick buildings in the LA County. When the Northridge earthquake hit, of the deaths that occurred, none of them were in a brick building.

Obviously, that 1981 law was doing something right. If somehow, everyone in a retrofitted brick building didn’t die in a horrible earthquake, shouldn’t we have learned something from that? Perhaps the idea that retrofitting buildings to withstand a major earthquake is a smart idea. It can save lives.

Even with retrofitting proving its worth against earthquakes, various obstacles stand in the way of initiating a statewide or at least countywide measure to retrofit dangerous structures.

But then again, the Northridge earthquake caused some $20-25 billion in damages. Damage to the CSUN campus alone is estimated to have cost $250-350 million, as reported by the SCEC. Considering how expensive an earthquake is, the initial investment of $100,000 isn’t so bad in comparison to the potential cost that is in the million to billions.

Plus, it is an investment. Owning a building that needs to be retrofitted means that your building will probably collapse. Retrofitting the building to prevent as much damage as possible to both clients and the structure itself is sound in comparison to an irreparable building.

Of course it is quite easy to say that owners should retrofit their buildings if they were to have the money to undertake such a process. When a building undergoes retrofitting, it must be shut down for some time. For the owner, this means no tenants to pay rent and make money. For the tenants, they are temporarily out of a home.

But considering the fact that LA once was able to retrofit 8,000 brick buildings, perhaps the solution to this problem is closer than we thought. Instead of forcing property owners to pay out of pocket, perhaps the state can stop investing in private industries such as prisons and fund LaBonge’s proposal. Because unlike prisons, retrofitting at-risk buildings can potentially save lives with proven results.

A report from the Vera Institute of Justice finds that California spends about $7.9 billion of taxpayer money on prisons. We pay taxes for a reason, but that reason shouldn’t be to fund a disgusting industry like prisons. Instead of locking people up, maybe the state should make sure its citizens are safer.

It has been 20 years this month since the Northridge earthquake hit. This milestone should give us a wake up call to the impending catastrophe that is waiting to happen at any point in time now. For now all we can do is hope that a big earthquake does not hit anytime before something is done to retrofit LA. But at least we can always drop, duck and cover.