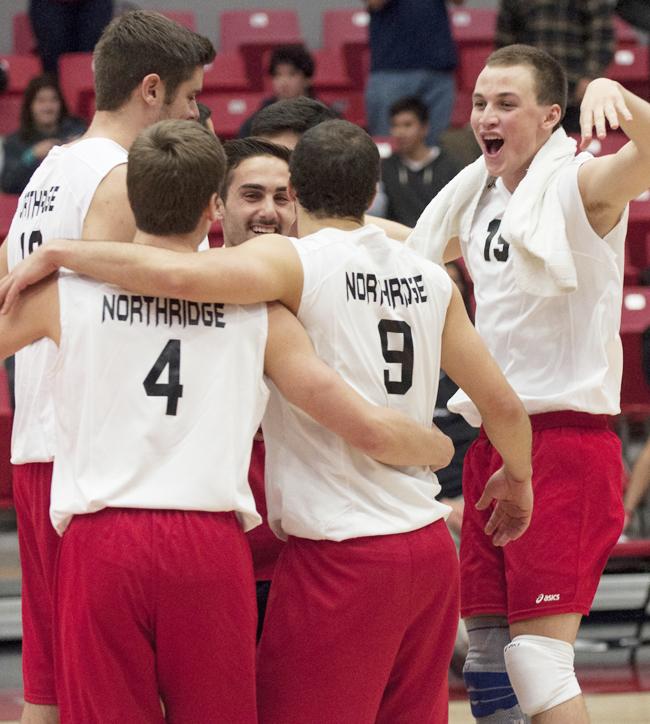 A Matador squad loaded with young but unproven talent will look to rise above expectations in the country’s most competitive conference.

Opposing coaches may lack faith in a team that lost its top four upperclassmen and team leaders in kills, but players are confident the underclassmen will step up.

Junior outside hitter Kyle Stevenson acknowledged the impact of the loss of right side hitter John Baker, who led the team with 350 kills last season.  However, Stevenson, one of four returning starters, said he trusts Baker’s replacements.

“We got two freshmen playing the right side which is pretty different.  But they’re both up-and-comers and they’re playing pretty well right now,” Stevenson said, referring to redshirt freshmen right side hitters Damani Lenore and Jakub Ciesla.

Ciesla has made an immediate impact, already second or tied for second on the team in kills, digs, and total blocks.

He is one of the reasons why coach Jeff Campbell has high hopes with a deep freshman class and three returning junior starters.

“I think this year we have as deep and talented group as we ever had, but we’re really lacking in experience,” said Campbell, who enters his 17th season at the helm.

Campbell acknowledged that there would be occasional struggles as the team takes its lumps with a tough schedule.

“If we’re young, we don’t have that experience, it creates nights where one can be really good and one can be not as good because of the inconsistency of the experience,” Campbell said.  “It’s a matter of getting the game experience and performing against these teams.”

The Matadors, who started the season ranked 14th in the NCAA preseason rankings, have dropped out of the top 15 but are receiving votes after defating the Cal Baptist Lancers in their MPSF home opener following a sweep at the hands of an unranked Pacific team in Santa Barbara.

Junior middle blocker Greg Faulkner believes the team will improve as the season progresses, and shares Campbell’s confidence in the underclassmen.

“As freshmen you kind of just don’t know how to fit in the system sometimes, but I feel we have a lot of younger guys that can be really good, and are good right now. We’re just trying to figure everything out,” Faulkner said.

The Matadors have shown their potential early this season, hitting .444 en route to a sweep of Cal Baptist on Jan. 8.  Standout sophomore Sam Holt smashed a career-high 19 kills, placing him at an early season average of nearly four kills per set.

CSUN has also struggled in its first two losses, hitting a combined .132 in a season opening 3-1 loss vs. the Pacific Tigers at UCSB on Jan. 4, and a sweep in Utah at the no. 9 BYU Cougars on Jan. 10.

The team has had time to recover during an 11-day break before the season gets into full swing on Jan. 22, with an upcoming schedule featuring match-ups with 11 of the top 15 ranked NCAA teams in the nation, including a home-and-home with conference rivals and two-time defending national champions UC Irvine.

While Faulkner said the team has been experimenting with lineups and game plans, there is one important factor the team has improved on since last season.

“I feel like our team chemistry is a lot better, everyone’s on the same page.  Everything we’re doing we’re doing for men’s volleyball, to make sure that we get better,” Faulkner said.

Despite normally being a cliché statement, Campbell emphasized his team will be taking one match at a time in the ultra-competitive MPSF.

“We’re only looking at Pepperdine right now. I know that it’s gonna be a tough match for us, but we go in this match just like every other match, knowing that every team is outstanding,” Campbell said.  “Coaches know that and players know that.”