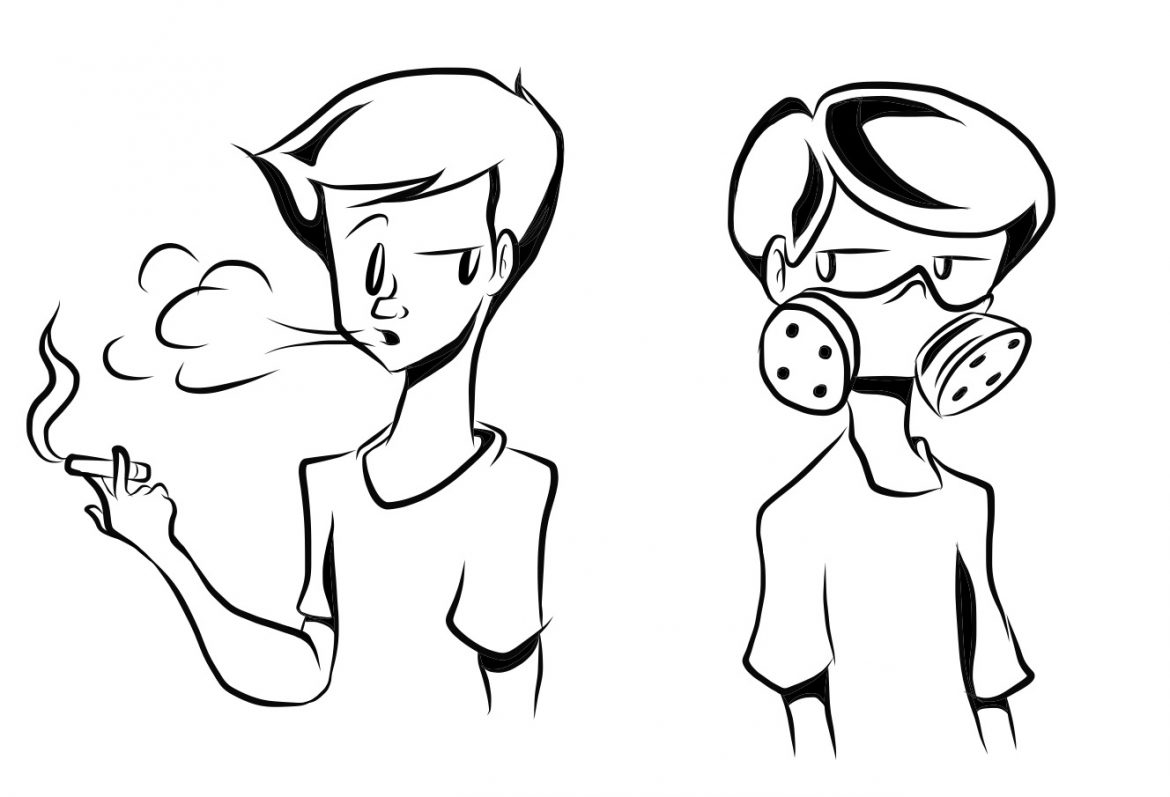 Bring in the change for better health and air

Change is coming in 2014. Like wildfire that spreads faster than cancer cells, this will be the year that many CSU campuses plan to take a step in the right direction and ban all tobacco products on campus.

California State University Fullerton (CSUF) was the first CSU to ban all tobacco products. The CSU system is not the only institution adopting this policy. Starting Jan. 1, 2014 all University of California (UC) schools officially banned the use of tobacco products. According to the American Nonsmokers Rights’ Foundation, at least 1,182 campuses in the U.S. have a smoke-free campus policy.

According to an online survey polled by and for the CSUN community, 75.4 percent of participants said that CSUN should become a smoke-free campus. In addition, 56.9 percent said that the ban should include all types of tobacco products, including e-cigarettes and pipes.

Choosing not to smoke has no effect on others and on personal health. On the other hand, smoking, even if only done in designated areas, will always negatively affect those around you and your environment.

The Centers for Disease Control and Prevention (CDC), found that tobacco use is the leading cause of preventable death and disease. The CDC also reported that smoking greatly increases the chance of heart disease, stroke and lung cancer. In perspective, one in five deaths (440,000 annually) are caused by smoking cigarettes.

The CDC also found that tobacco use affects almost every organ in the body and is the leading cause of cancer. If every smoker quit today, one in every three deaths caused by cancer would not happen.

If banning tobacco products for the health of smokers just doesn’t cut it, then they should think about the health of others. The CDC finds that second-hand smoke contains over 7,000 chemicals. Hundreds of these chemicals are toxic with 70 proven to cause cancer. In America about 3,000 adults die every year from lung cancer and about 46,000 die from heart disease caused by second-hand smoke.

By stopping the use of tobacco on our campus, we would be assisting those that struggle with addiction as well as preventing others from becoming addicted.

The majority of smokers evolve from occasional smokers to habitual smokers between the ages of 18 and 21. If you haven’t become a regular smoker by 18, the chances of becoming a habitual smoker diminishes dramatically with every passing year.

The anti-tobacco organization, 21 reasons, reported that 95 percent of smokers begin smoking before the age of 21, commonly due to their frequent exposure to other smokers. It has been proven that if there are fewer places for people to smoke, smokers are more likely to decrease and eliminate their smoking habits.

Tobacco does not just harm our health, but it also affects the environment and the presentation of our campus. Cigarette butts are the most littered item in the world and tobacco products as a whole make up 38 percent of America’s litter.

Cigarettes and other tobacco products add to air pollution, harm marine life by polluting lakes and oceans and contribute to forest fires. Cigarette butts are not biodegradable and take over ten years to break down.

Banning tobacco products on campus is crucial if we want to make an effort to improve our campus and our health. Whether you are willfully exposed to tobacco products or it has pervaded your daily routine, your health is at stake and you have a right to clean air.

The freedom to choose is an American value that is often taken for granted. People choose to spend more money when they are in debt and to eat junk food when they have high cholesterol. And they can choose to smoke despite the risk of lung cancer.

While some universities aren’t considering this route, others plan to take on the role of parents, placing the private health choices of students into their own hands.

However, these hand-holding policies create a greater social stigma against smokers and encourage a generation of adults that are unable to make decisions confidently. Assuming personal responsibility for the negative choices is part of being an adult.

Collegiate life emphasizes personal growth and a student can’t flourish if they’re not permitted control of their own health decisions. Decisions that should be undeniably intrinsic to the individual.

Although I accept that this ban, as it justifiably considers the well-being of the campus community, it is nonetheless an infringement on the personal rights of students.

Institutions shouldn’t meddle in personal affairs every time a poor decision is made. Yes, the intentions of this policy can bring about positive changes.

However, it will not get to the root of the problem. From a historical perspective, banning addictive substances have not worked. Prohibition during the 1920s proved that banning alcohol actually caused more harm than good. Underground bars, known as speakeasies, popped up everywhere. Alcohol became the golden item to smuggle and sell illegally.

An alternative to banning smoking can be to offer smoking cessation programs to help smokers cut their addiction. Such a program should be encouraged by schools instead of allowing law enforcement to fervently fine or report any student who lights a cigarette on campus.

If the aim of the smoking ban is to promote healthier lifestyles, then electronic cigarettes, which help smokers kick their habit, should have a legal status on campus. However, a product that makes it easier for people to quit smoking is also under scrutiny despite the lack of evidence in regards to potential health risks e-cigarettes pose.

Enforcing campus smoking zones would allow students to keep their rights while protecting others from harmful second-hand smoke. Clearing the campus of smokers merely shifts them to another area and possibly a more hazardous locations.

In her controversial book Social Studies author and avid smoker, Fran Lebowitz, comically but honestly explains how being offended is the natural consequence of leaving one’s home.

“When it is necessary, however, to go out of the house, they must be prepared, as I am, to deal with the unpleasant personal habits of others,” Lebowitz said. “That is what ‘public’ means.”

As smoking advertisements are gradually eliminated, cigarette prices continue to rise and anti-smoking campaigns are gaining momentum, smokers are huddled in a designated smoking corner. It is clear that people are aware of the dangers of smoking. Tobacco products should be discouraged but in the end, a direct infringement on people’s rights isn’t the proper approach.