Brain-dead patients deserve to be laid to rest 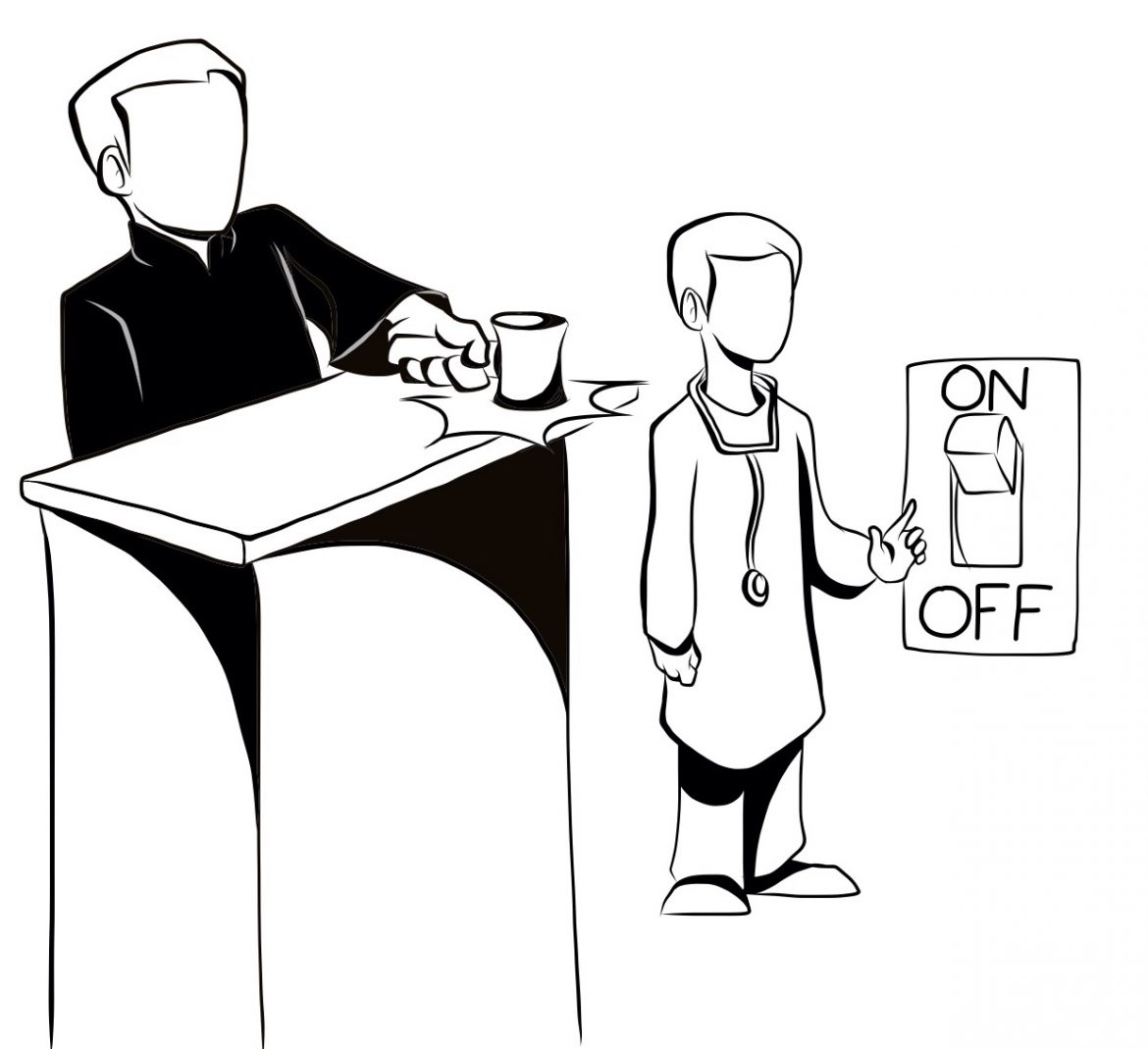 Whether the decision to play God lies in the hands of the state or the wishes of the family, the choice is one that shouldn’t be made available through medical means in keeping brain-dead patients alive.

A 33-year-old pregnant woman collapsed in her home on Nov. 26 as a blood clot in her lung cut off the supply of oxygen to her body for over an hour.

Despite doctors’ best efforts, Marlise Muñoz was declared brain dead on Nov. 8.  The choice to take her off of a ventilator, keeping her heart beating, was wrongfully taken out of the hands of her husband, as a Texas state law preventing the removal of life support from a pregnant patient kept her dead body “alive”.

When the choice to take a loved one off of life support after brain death is given to families, the choice is not always easy.

Only a fraction of brain-dead patients will be kept alive after doctors convince their families their loved one has passed.  Even one brain-dead patient kept alive past the moment they receive their death certificate is too many. The collective costs in medical resources, the deterioration of organs available for donation, the prolonged grieving of the deceased’s family and the media attention surrounding the case is too high a cost to keep a dead body “alive”.

Marlise Muñoz’s husband explained in an affidavit filed last Thursday how he no longer recognizes the woman he once knew, describing in detail the deteriorating state of his wife’s body.  Erick Muñoz was forced to hear her bones crack when her limbs were moved, was forced to endure the smell of death, and look at a pair of “soulless” eyes that he did not recognize.”

The body of Jahi McMath is surely deteriorating in a similar fashion. Despite receiving a death certificate from the Alameda County Coroner over a month ago, her family continues to put up a facade, claiming weeks ago the girl has improved, understandably but unfortunately misunderstanding the true meaning of brain death.

According to the U.S. Department of Health and Human Services website organdonor.gov, brain death is defined as the “complete loss of brain function,” effectively declaring a person dead.  A lack of oxygen through blood supply causes all brain cells to die.

Donations from 1,000 unique donors that allowed McMath’s family to afford to transport her to a private facility are proof that a beating heart, despite being made possible through artificial means, sadly will not change unwavering opinions about the definition of life.

McMath family lawyer Christopher Dolan, who took up Jahi’s defense pro bono, penned a controversial defense of the family and their decisions.

Dolan describes laws in New Jersey and New York that do not include “brain death” as a proper determinant of death, noting a section in New Jersey law stating that death shouldn’t be declared “when such a declaration would violate the personal religious beliefs or moral convictions of that individual.”

The 2008 case of brain-dead 12-year-old Hasidic Jew Mordechai Dov Brody comes mind, as Brody’s parents challenged a hospital’s proclamation of their son’s death, claiming it would be a violation of the Religious Freedom Restoration Act.  The act is a US federal law preventing laws that hinder a person’s freedom to exercise their religious beliefs, in this case allowing Brody to stay on a ventilator.

Brody died before a court decision could be reached. Despite his parents’ challenge, the boy’s life and national media attention focused on his family should have never developed, as the lack of a definitive law stating when brain-dead patients should be unplugged prolonged a grieving process, caused an unnecessary media stir,  and left the legal question of unplugging brain dead patients unanswered by a judicial audience.

The Universal Declaration of Death Act (UDDA), approved by most states, technically prevents situations like McMath’s from arising in the first place.  The UDDA states, “An individual who has sustained either (1) irreversible cessation of circulatory and respiratory functions, or (2) irreversible cessation of all functions of the entire brain, including the brain stem, is dead.”

In accordance with laws such as the UDDA, state laws meeting certain circumstances regarding brain-dead patients should be revised to force doctors to pull the plug the moment a patient has been declared brain dead.

As painful as it may be for families to let go of their loved ones who have suffered brain death, concessions should not be made for those who believe that their daughter, or their relative will beat the odds and recover from a state as permanent and irreversible as brain death.

Brain death is not a coma. During a coma, there is neurological function, however minor it may be. Patients may recover from a coma. Even those in a vegetative state may not have full brain functionality but they show signs of neurological activity and remain in a state of semi-consciousness.  With the cessation of all brain activity, it is not possible for a patient to recover.

There is no benefit for keeping around a patient who has been declared brain dead. Organs potentially available for donation deteriorate and resources meant for other patients are wasted. The most tragic part of this story is not the loss of a loved one, but the fact that the patient’s friends and family will be kept waiting for a miracle that will never happen.

The removal of a ventilator from a 33-year-old pregnant woman who had long been brain dead on Sunday will end her life, but it will not end the discussion on whether patients who have been declared brain-dead should be allowed to be kept alive.