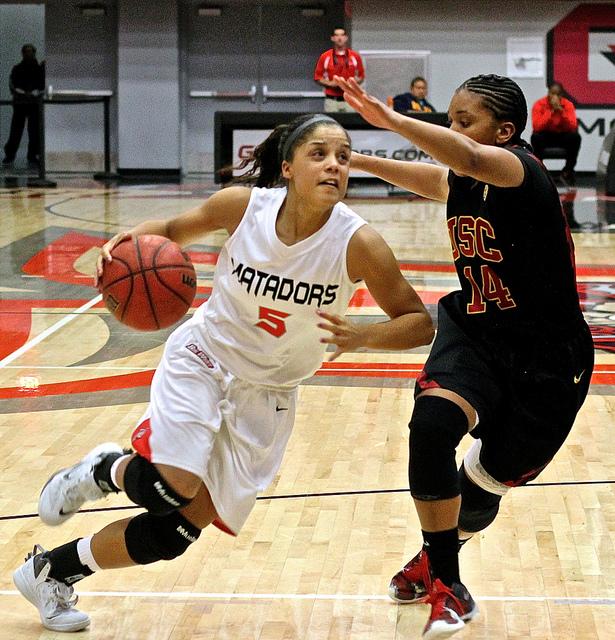 Guay put up a personal best 32 points while setting a new school 3-point record in a game against the UC Irvine Anteaters in an 83-73 loss. Two days later she logged in another excellent performance in a 77-54 win against the Long Beach State 49ers, scoring 21 points and a career-high 10 rebounds.

“I hope to keep doing all I can to benefit my team in any way,” Guay told Go Matadors.

She explained that it felt good to set records but more importantly that it is not her main focus. “I want the team to continue playing well so that we can accomplish our goals.”

Guay is no stranger to the record books. Earlier this season in a game against the UC Davis Aggies she surpassed the Matador career steal record of 213.  She also has her sights set on another program all time record, needing only eight assists and nine points to reach a career 1,000, according to Go Matadors,