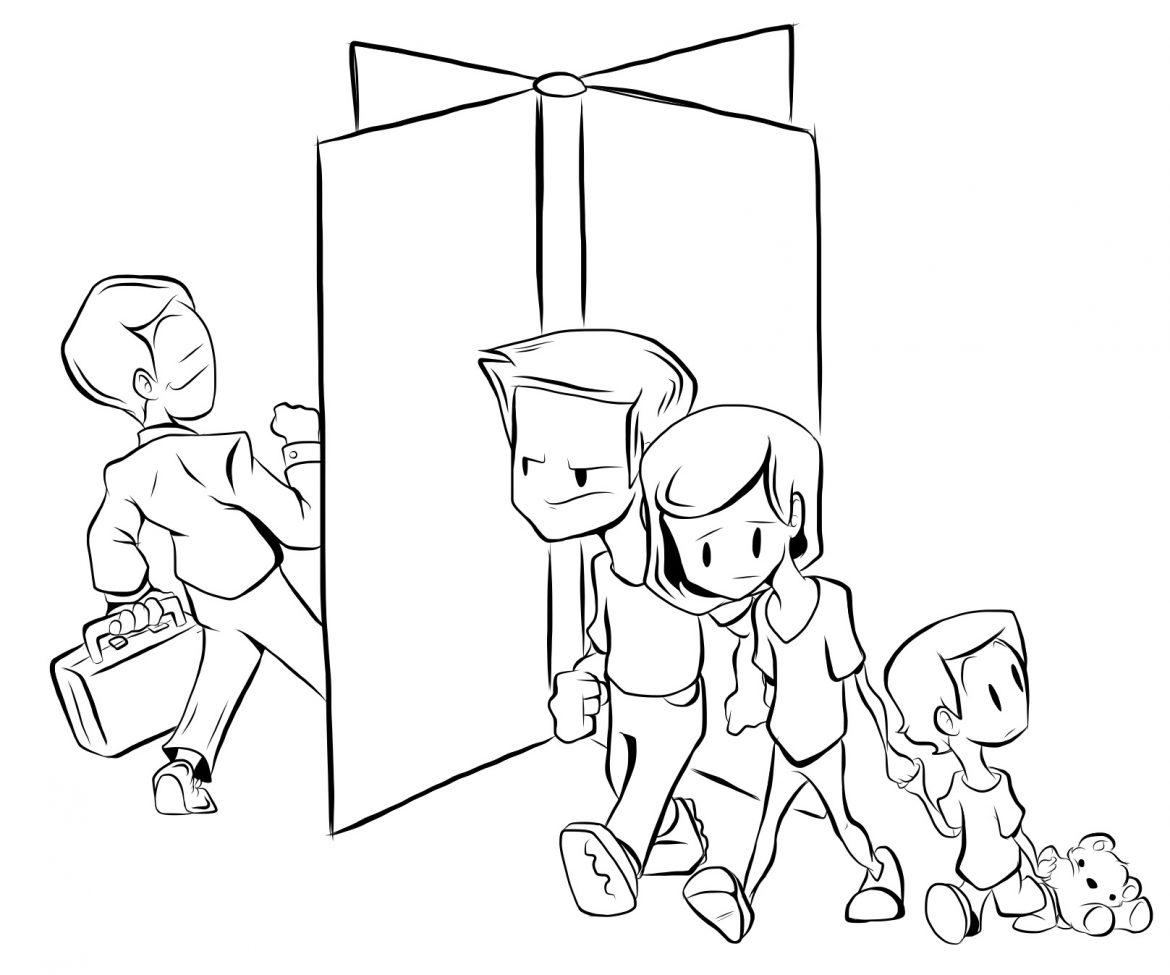 Gentrification is a catastrophe that forces the less affluent to swiftly find another place to live because the rent prices are increasing to reflect the wealthier population that is moving into the area.

To drive this point home, the Merriam-Webster dictionary defines gentrification as a “process of renewing and rebuilding that occurs when an influx of middle class or affluent people move into deteriorating areas that often displaces poorer residents.”

Some positive aspects of gentrified neighborhoods include the increasing quality of education at public schools, the opening of new stores and facilities and the general trend of becoming safer.

However, the rapid gentrification of low-income neighborhoods is an issue because it doesn’t take lower-income residents into consideration.

These residents are then forced to pick up their lives to move and find another job, perhaps pulling their kids out of school (if they have them). All this just so they don’t have to have to struggle with paying higher rent.

After living in Palmdale for 13 years, I’ve noticed a very slow gentrification of my neighborhood. It began with the opening of a Hollister at the Antelope Valley mall in 2006. I was shocked to see jeans priced for $69.50 and tops priced at $39.50. Hardly anyone that I went to high school with could afford those prices.

According to zillow.com, 73 percent of the students at Pete Knight High School in Palmdale are eligible for free or reduced lunch. If the majority of those students are coming from homes that can’t spare a few extra dollars for lunch, how can they spend over $70 for one piece of clothing?

It wasn’t just clothing stores that had a higher price tag. I noticed that homes are now being sold for $500,000 – higher than it was in the past. Higher, but ironically lower for the affluent, home prices are attracting a more affluent population and pushing out the native population. New facilities were built to cater to this new and wealthier clientele.

To put this issue into perspective, the west side of Palmdale is known for being a little more expensive, while the east side is a little cheaper. And guess what — the west side does look nicer compared to the east side.  It’s not good that the cost to live in Palmdale has risen without concern for the lower-income population.

In February 2013, the city of Oakland released a report that named it one of the best cities for people in the technology industry to start a business.

The problem begins when these business owners are going to price their products and services for people in a more affluent class. These new business owners will look for a place to live based on their entry level salaries. They see Oakland as a good place to live because the rent is cheap, allowing them to have surplus money to pay back their loans. In about five to 10 years, a once-poor neighborhood becomes a middle-class haven.

Approximately one in five inhabitants in Oakland lives in poverty, according to the Bay Area Urban Debate League (BAUDL). And despite the fact that almost half of these inhabitants have jobs, many of them still don’t make enough money to survive.

The resettlement in Oakland is actually a result of the gentrification of other Bay Area cities such as San Francisco. When these areas become too expensive, people move to cheaper neighborhoods nearby and thus begins the cycle of gentrification.

There is an increase in highly-educated and more affluent people moving into Oakland. The Bay Area Census listed data from the years 2006-2010 that found the total population holding a graduate or professional degree during those four years is 15.7 percent, up from the 12.9 percent from the 2000 census.

These neighborhoods did not become safer because gangsters don’t want to accidently shoot up the new Apple store, but because the people complaining about the violence are white. And this country has an extensive, ugly history of only acknowledging issues that white people bring up.

An example of this would be the Stand Your Ground law. PolicyMic’s compiled a chart that shows that states with this law find less white people guilty when they are accused of killing black people. The same chart also features the fact that even without the law, white people are still less likely to get the guilty verdict in the same situation.

It is obvious that the US favors those with white skin. Gentrification, as evidenced by the increasing white population in Oakland, favors those who are racially considered white.

It is unfair with what’s being done in Oakland, San Francisco and other cities. Low-income residents are forced to pay more in rent without allowing them to voice their concerns. It is unfortunate that this gentrification issue isn’t just isolated to Palmdale or Oakland. Neighborhoods in LA such as Highland Park and Silver Lake are quickly getting gentrified. Chinatowns in San Francisco and New York are facing the effects of gentrification as well.

It would benefit everyone if the government would step in and not allow gentrification to happen so fast. The government should look to create a balance. It seems like the country’s current mindset is, “out with the old, in with the new,” and that doesn’t just apply to buildings, but also to people. The mindset should be, how can we make this area better for both current residents and the incoming wave of new residents?