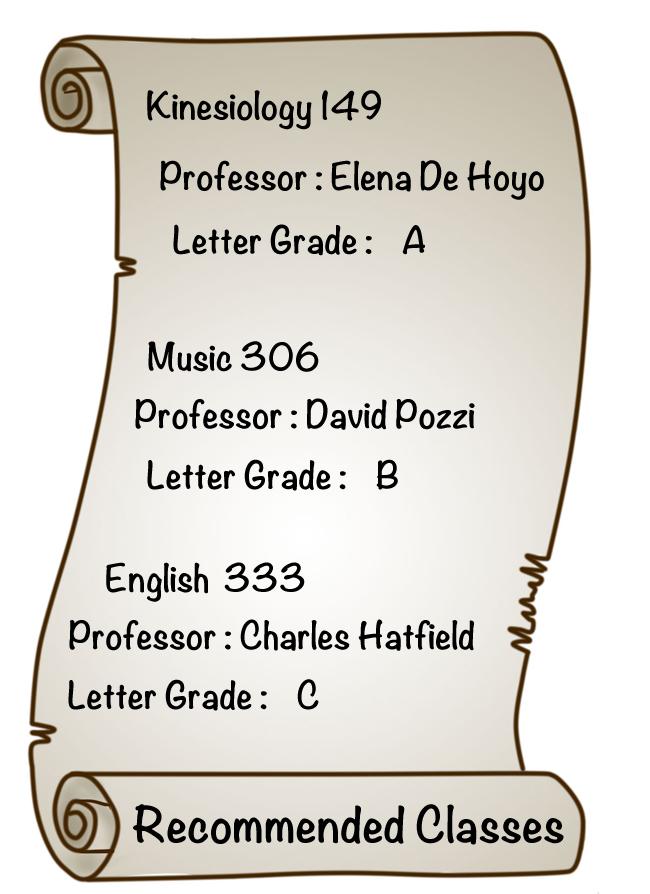 As Adrian Porto walks to class after a long, hard day, he hears the sound of music – jazz to be exact. The high tones of the clarinet, the rich depths of the bass, and the smooth voice of Billie Holiday pierce his ears before he even opens the classroom door.

“How often do you actually get to listen to Jazz music?” said Porto, “We walk into the class and the professor is not in sight. Instead, there is just jazz music blasting on the speakers as we are sitting down.”

Though Porto is a graduating senior majoring in business, he needed extra units to fulfill a general education requirement. He decided to enroll in Music 306 thinking it seemed easy enough to get an A in. Porto also had the intent to boost his GPA for graduation.

But Porto is not the only CSUN student enrolling in a class with the intentions of an easy A.

CSUN’s 14 percent four-year graduation rate is among the lowest in the nation, according to US News. The lack of major class availability, and increased enrollment rates are some of the various factors that prolong graduation. As a result, students enroll in whatever classes are available.

Fortunately, CSUN offers a wide variety of interesting classes for students who need the extra units to fulfill full-time enrollment, receive financial aid or even boost their GPA.

Porto likes how much more upbeat Music 306 is compared to the Business classes he is accustomed to. He described Music 306 professor, David Pozzi, as someone youthful and engaging. Pozzi has been in the music industry from a young age, Porto said.

“It is pretty interesting to hear someone so passionate and knowledgeable talk about Jazz,” Porto said.

The three-unit music class is composed of two exams, two book reports and a term paper. Unlike most 300-level classes, the term paper is only worth a small part of the final grade, Porto said.

The book reports are short writing assignments based on a jazz experience, which could be anything from a concert or listening to a jazz song. Pozzi also has a lenient attendance policy.

Charles Hatfield has taught the three-unit, English 333 comics course since 2005. The course is one of a few hundred offered at universities across the nation, but is the first permanent comics course at a CSU campus, Hatfield said.

In English 333, students can expect to cover American and international comics, including largely commercial, independent, classic and even recently released comics.

“I want students to see how words and images relate in a comic book, billboard or anything else,” Hatfield said.

The class is composed of a take-home midterm final, and some writing assignments, Hatfield said. Students are also assigned 50 to 100 pages of comic book reading per week, with a weekly discussion following assigned comics.

Hatfield said students can expect a hefty workload, but he only has a few hours of lecture throughout the entire semester.

“The goal is for students to erase the artificial lines between art and literature,” Hatfield said.

Although it is not an art class, students are assigned to create a comic book and distribute it to the entire class.

“If there are 35 people in the class, then students are responsible for 35 copies,” Hatfield said. “Comic books are made to be distributed, handed out or sold, and I want students to get a sense of that.”

Clark said it is a good class to take because the exercise is calming and can help relieve students’ stress. Despite the challenges of yoga, she remembers feeling better after each class.

“The positions might be a little funny to people, but they are a good cool-down,” Clark said.

The one-unit class does not have a final paper or midterm, Clark said. She said there is one small paper, but it is based on how the students feel when performing various yoga positions.

Clark said the instructor does not expect perfection — just some effort and participation on the student’s part.

So next time you are browsing through your portal looking for that last class to fill some requirement, consider the options and take one that will at least be enjoyable.