If one person isn’t free, then none of us are 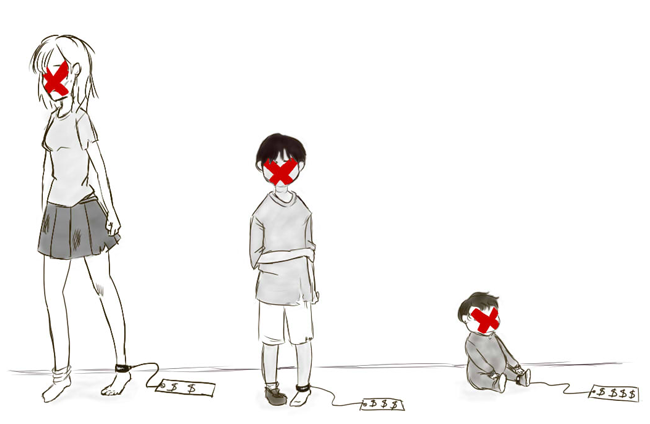 What an all-American Weekend – National Freedom Day on Saturday and the Super Bowl on Sunday.  Besides the first weekend in February, these two events share something else in common – slavery.  While you and I were buying beer for the game and pre-ordering our Wingstop, thousands of people, some of them kids, got a free ride to New Jersey – host city for yesterday’s game.  Why? As with many other events, they were put on planes, trains and automobiles to get to a destination where they would satisfy consumer demand in the billion dollar industry of trafficking.

Feb. 1 marked National Freedom Day, but the truth of the matter is we are still living in a land where not all of us are free.  And as it has been said before, if one of us isn’t free, then none of us are. When will we understand that people are not to be bought and sold, that a day’s labor should

not cost dignity nor health, that freedom is meant for all and that we are only to be indebted to one another in the pursuit of liberty and justice for all?

Globally, human trafficking is the third most profitable form of illegal trade, behind drugs and weapons. It generates $32 billion, and there are approximately 27 million victims who are subjected to forced labor and sexual exploitation.

In the United States alone, an estimated 300,000 children are at risk for some form of commercial sexual exploitation, such as prostitution or pornography, with an average age of recruitment of 12 to 14 years old.

Playing to their needs, traffickers coerce at-risk youth into hard labor by offering to lend a helping hand.  Typically, they offer simplicities such as shelter, food and care – many of the basics that a kid, who is homeless, a runaway or connected to the foster system, probably craves.  Once the relationship is forged, the friendly alliance quickly dissolves into visible roles of oppressor and oppressed, and the victim is subsequently managed by abuse and threats.

Besides local at-risk youth, approximately 17,500 foreign nationals are trafficked into our country each year, according to U.S. Dept. of Justice statistics.  Thanks to technology, demand is up and traffickers are reaping even greater monetary reward. Using the internet to advertise and texting directly to people, they shuttle victims from city to city and gain underground profit at high-demand events such as sporting matches or conventions.

In 2012, President Barack Obama spoke at the Clinton Global Initiative on the outrage of human trafficking.  He gave what is believed to be the longest presidential speech on slavery since Abraham Lincoln, declaring that trafficking is modern slavery.  In 2013, the President signed the reauthorization of the Trafficking Victims Protection Act (TVPA) that supports federal anti-trafficking programs, stronger legislation against traffickers and services for survivors.

Less than a month ago, the federal government released a five-year strategic plan on services for victims of human trafficking in the U.S. Additionally, non-government organizations such as Polaris Project, Alliance to End Slavery and Trafficking (ATEST) and Girls Educational and Mentoring Services (GEMS) are committed to a traffic-free world.

They say there’s nothing new under the sun.  Over 200 years ago, this country was founded on the promise of freedom for all, yet even with that promise came the dirty little secret of human trafficking.  Of course it wasn’t known as such back then.  But surely the Africans who were rounded up and brought from their native home to work in this “free” country would recognize many similarities with those being trafficked today.

As for National Freedom Day, founder Major Richard Robert Wright Sr., a former slave turned businessman/community leader, did us a great service in the 1940s as he led the campaign to establish this day of observance.  It commemorates Lincoln’s signing of the 13th Amendment to abolish slavery, and whether Wright knew it or not, his efforts serve as a reminder that freedom is a hard-earned right that is not to be forgotten. Similar courage is necessary today, as our generation is called to liberate children and adults who are being trafficked in the 21st Century.

On February 27th, you can lend a hand by participating in the EndIt Movement.  Simply, by drawing a red X on your hand, you have the opportunity to educate others that slavery still exists and you will not tolerate it.  For all of us at CSUN, every day is an opportunity. We can either witness or work the wheels of justice. It’s our choice, which is a right some people don’t have. Victims who are being trafficked can’t exercise their freedom.  Now if that’s too slactivist for you, do it anyway, and then learn to recognize the signs and red flags that point toward trafficking.  Speak up and take action.  Get involved.