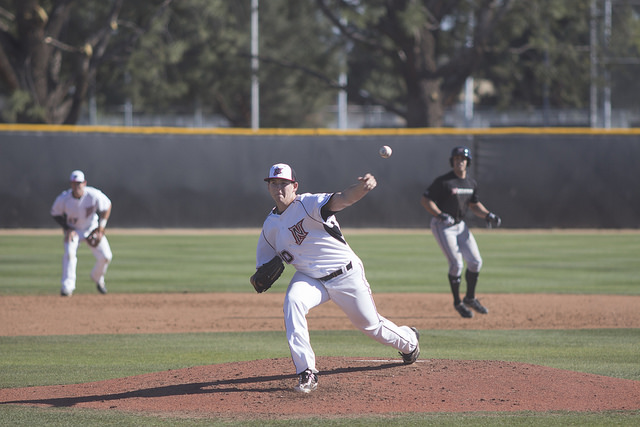 Current and former Matador baseball players and coaches got together on Saturday afternoon to play in the 2014 CSUN baseball alumni game, part of the annual alumni weekend.

The exhibition was an opportunity for first-year head coach Greg Moore to take a look at his team on the field for the first time. The Matadors are introducing three assistant coaches this season, along with new director of baseball operations Jim Milkovich.

Among the attendees was former baseball head coach Bob Hiegert, the most successful head coach in Matador history.  Hiegert led the Matadors to two NCAA Division II National Championships and was inducted into the American Baseball Coaches Association (ABCA) Hall of Fame, according to Go Matadors.  The Matadors also the inaugural Bob Hiegert Golf Classic for alumni on Friday.