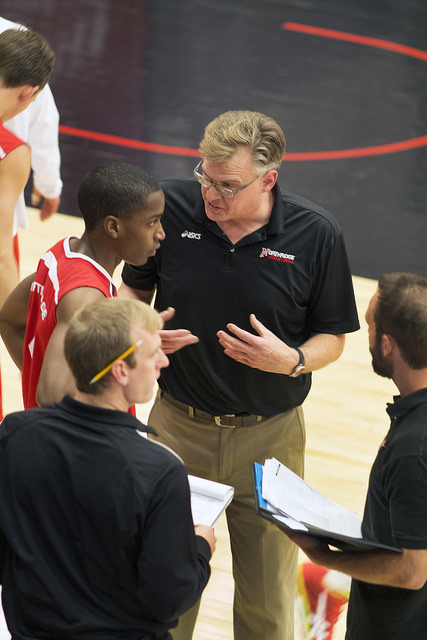 After sweeping the No. 4 USC Trojans at the Matadome last Friday, the Matadors (3-4, 3-3 MPSF) rode their momentum into the weekend and split their road matches, defeating the Pacific Tigers (1-7, 0-5 MPSF) but falling to the Stanford Cardinal (4-3, 1-3 MPSF).

Northridge stayed ahead for the majority of the first set and would finish with six more kills than the Tigers. However, the Matadors would have too many errors in the next two sets. CSUN had 10 errors in the second and 11 in the third, while the Tigers only had four and eight.

With little room for error heading into the fourth set, the Matadors were able to come out and finish the set with 17 kills. CSUN would hit .450 in the fifth with Pacific hitting just .214 resulting in a Matador victory. Freshman opposite hitter Andrew Freiha would have a big impact in the final two sets where he recorded nine of his 11 kills.

Head coach Jeff Campbell was happy to get the win on the road, but was not satisfied with the team’s errors.

“We made way too many errors tonight,” Campbell said, in an interview with Go Matadors.

Closing out their road trip, the Matadors fall to the No. 7 Stanford Cardinal in a tough game at Maples Pavilion. CSUN could not extend their two game winning streak  as the Cardinal won in straight sets, 25-21, 25-18, 25-19.

Errors were not a concern for the Matadors in the match with only four in the first and second set, and five in the third. The Matadors stayed close in the first set, even taking the lead with at 13-12. CSUN could not hold on with the Cardinals taking the first set after senior outside hitter Steven Irvin provided the winning kill for Stanford.

Stanford would dominate the second set pushing their biggest lead to nine and hit .357, their team match-high. The Matadors would put up a fight in the third set tying the Cardinal at 13-13, but could only hit .125 compared to Stanford’s .344. The Cardinals would have seven more kills than CSUN to prevail again to sweep the Matadors.

The Matadors return back home to play the Hawai’i Warriors on Feb. 7 as they try to get their record back to .500, and their conference record over .500.