Best of the Super Bowl commercials 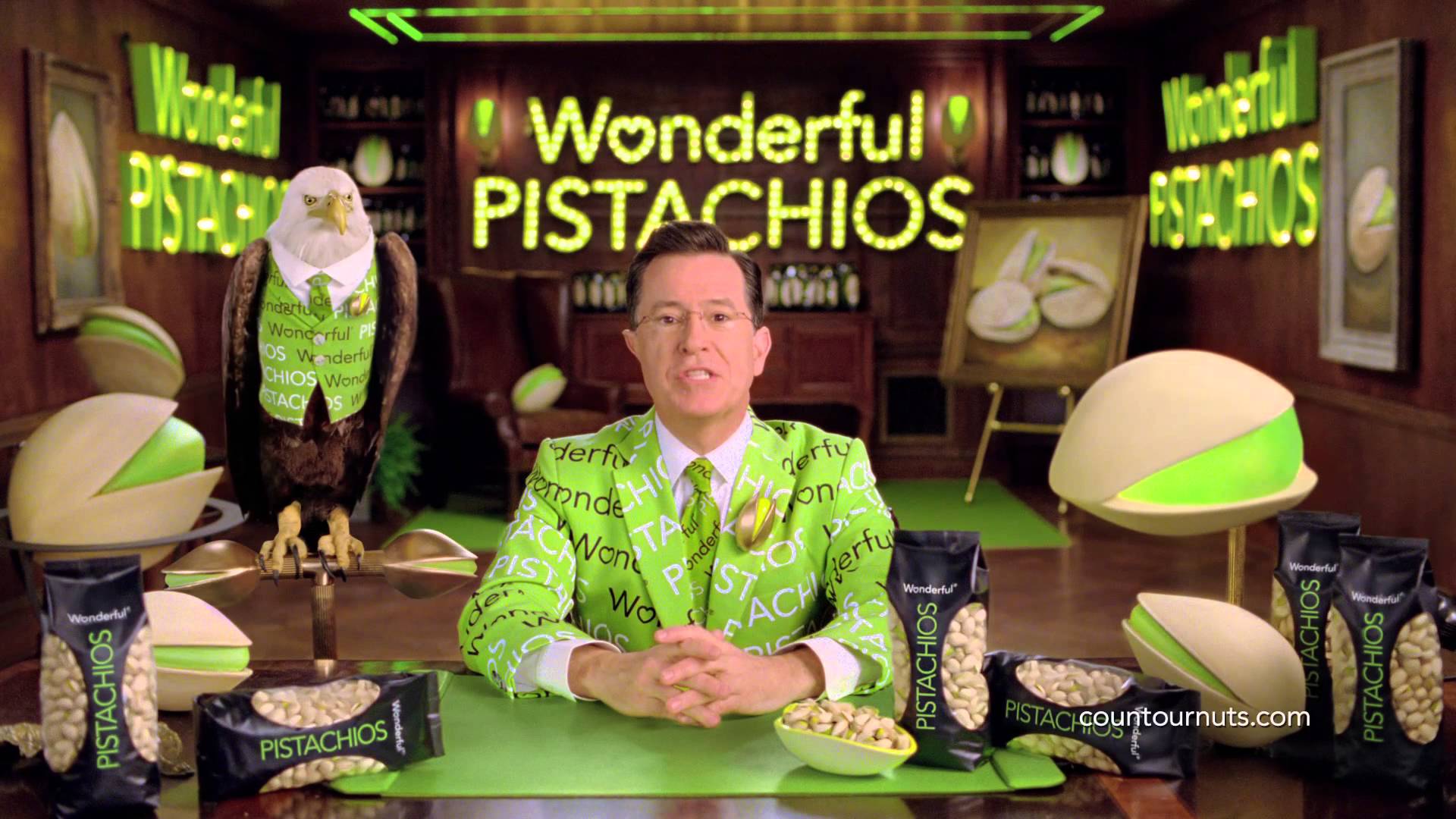 Super Bowl XLVIII pitted the Seattle Seahawks against the Denver Broncos in New Jersey on Sunday.

Now, let’s be honest here for a minute: if the team you were rooting for did not make it past the playoffs, the real entertainment in this annual testosterone-heavy brawl is the commercials.

Meant to convince people to buy or use a specific product, commercials have this funny way of subtly planting themselves into our minds—some more than others. Considering that advertising costs more to run during the Super Bowl than most times throughout the year, around $4 million for a 30 second ad according to Variety Media, it really is no wonder why companies would try and get their commercials shown during these hot spots.

Here are a few picks for the “best of show,” and the runner-ups, of this year’s Bowl commercials.

Winner: Pistachios – Stephen Colbert delivered his usual quirky wit in these two pistachios advertisements.  In the first, Colbert keeps it short and sweet, telling people how both he and the pistachios are “wonderful”. One particular enjoyment of the ad was when Colbert acknowledged his “co-anchor”, a bald eagle, who is dressed in a small green tie and white suit combo. In the second pitch, the office décor is all about pistachios, and all the framed portraits in the background have changed from ones of Colbert to, well, pistachios. However, when Colbert cracked open his head to reveal an inner head pistachio, one could only help but feel a tad queasy. Thanks for contributing to many nightmares for the next week.

Runner-Up: M&M’S – This commercial gave a chance for Yellow, usually the sidekick character, to hold the main role. Unfortunately, this equates to his being kidnapped and transported to a large mansion where a Russian man informs Yellow that he will be chopped into pieces and sprinkled over ice cream. Creepy and delicious, all at the same time.

Best Use of Celebrity

Winner: Oikos – John Stamos, a standard crush for several generations of teenage girls and women, continued to flaunt his sex appeal in this short spot. Despite the obvious advertising of Dannon Oikos Greek Yogurt, it appeared that Stamos’s crotch was also being not-so-subtly advertised as the woman sitting there gave him “that look” while biting her lower lip. But oh no, there cannot be something too risqué here, so in popped Bob Saget and Dave Coulier to save the day from unwanted stains. Well, at least the final image of Stamos in his boxers will replace the image of Colbert cracking open his head.

Runner-Up: Beats Music – Could anyone not help but adore watching Ellen DeGeneres in this fairy tale-based ad? People who grew up hearing the stories will recognize the three pigs, the three bears and the wolf. DeGeneres practically radiated fun in this spot, especially when she danced around to different genres of music, dubbed as “Papa’s, Mama’s and the Teenager’s”. When the wolf and three bears show up, and the wolf tells DeGeneres to “Hit play, baby,” you know you are in for a treat. It took much willpower to not stand up and join in.

Winner: Budweiser – One mischievous puppy manages to wiggle his way out from his adoption pen and into the hearts of many in Budweiser’s “Puppy Love”. It is difficult to keep the aww from escaping one’s lips while watching this tiny pup come visit his horse friend in the barn. Watching the puppy being taken away and then seeing the herd of horses help rescue him elicited all sorts of emotions and ended with laughter as the pup strolled back up the road followed by his parade of horses. The cute commercial went viral days before the Super Bowl.

Runner-Up:  Microsoft – This one-minute ad showed some of the benefits that various technological advancements have had for people. For those who have seemingly been disadvantaged in some way, technology helps them overcome their barriers, whether it gives them prosthetic limbs or the ability to hear for the first time. It helps bring together people who are far apart and even allowed one military man to view his newborn child while he was deployed. What a touching way to portray what many tend to take for granted.

Winner: Toyota Highlander – Speaking as someone who grew up with the Muppets, Toyota had to receive the winning vote. Until more research was done, though, this writer had no earthly idea who the man was with the Muppets (turns out he’s Terry Crews?) or that he used to be an NFL player. Please forgive the indiscretion. At any rate, after Crews pulls over to help when he sees a broken down vehicle, he is dragged along on this psychedelic trip with the band. One has to smile at how nonchalant Kermit the Frog seems at the end when Crews ends up back in his driveway, ecstatically yelling about singing vegetables and chickens. Yes, Kermit, it does happen to you all the time.

Runner-Up: Jaguar – This high-speed spot, featured Tom Hiddleston, Ben Kingsley and Mark Strong, had the thrills of a James Bond film packed into a short 60-second advertisement. All three actors appeared as British villains, toting the key traits of why “Brits” are cast as villains. And apparently, they all drive Jaguars.