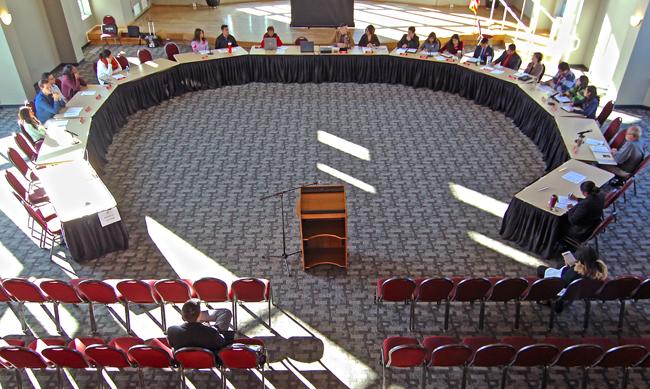 Associated Students met for the second time today and voted on allocating funds to various clubs and organizations. The organization that received the most funding was the Society of Automotive Engineers (SAE).

They received $9000 to help build a Formula SAE race car and enter it into a race in April. AS President Brian Woolett said they helped fund SAE in the past and they usually present them with a plaque.

“They’re always grateful to us,” he said. $1500 was approved for the Lesbian, Gay, Bisexual, Transgender, Queer Alliance for various events this semester, including coffee nights and a candlelight vigil.

AS also approved $2900 in funding to Environmental Affairs Committee for a ZipCar launch party to be held in student housing. Woolett reminded senators that ZipCars are available for rent near the dorms. The date for the launch party is Feb. 20 from 6 p.m. to 9 p.m.

Other items regarding parking that were discussed include the possibility of more electric vehicle charging stations around campus.

Talar Alexanian, AS vice president, read a statement from AS Senator Jesus Martinez Ramirez that said AS would like to look into students using faculty parking during off-peak hours. “Cal Poly Pomona allows students to park in faculty parking spots certain times of day,” she said. A special meeting was also held to approve three new AS Senators.

Three students were approved for open senate positions that were vacated when the previous senators graduated. Taylor Burt, senior business management major, was approved as senator for the college of business and economics.

Trevor Yee, grad student, was approved as graduate senator. Michelle Ramirez, political science major, was approved as senator of the college of social and behavioral sciences. The next AS meeting will take place on Feb. 10 in the USU Grand Salon.