Snubbed subs should use NBA All-Star omission as motivation 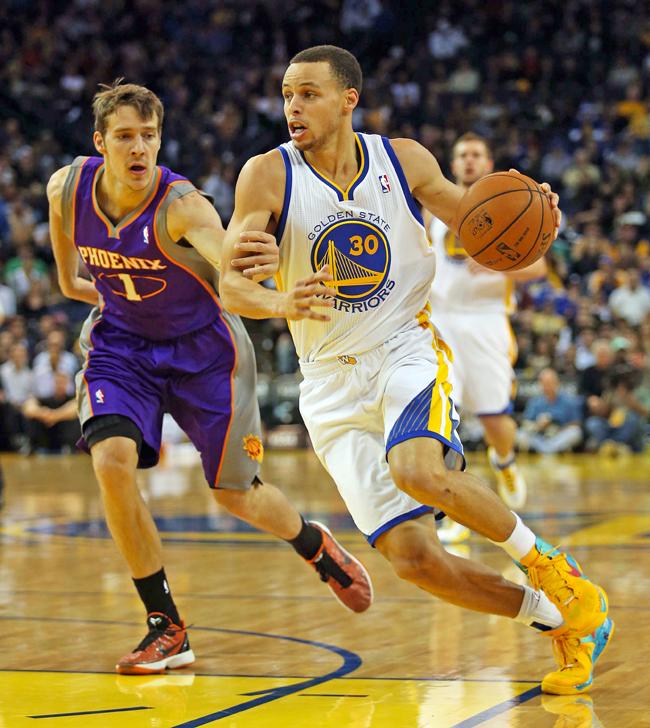 With the NBA just a week and half away from its 63rd annual All-Star Weekend, the bench players for the All-Star Game roster were announced. As usual, there were plenty of deserving players left off the list, and some not-so-deserving players on the list. But for young players knocking on the door of an All-Star Game selection, getting snubbed, however disheartening it may seem initially, is the best possible source of motivation for long-term success.

Just hours after the selection committee omitted the likes of Anthony Davis, Kyle Lowry, Lance Stephenson and Goran Dragic – each of whom are more deserving of recognition than, let’s say, Brooklyn Nets guard Joe Johnson – Dragic and Stephenson showed just how foolish the coaching staff had been. The under talented but overachieving Phoenix Suns, led by Dragic, beat the Indiana Pacers on Jan. 30, who lost for just the second time at home. Dragic finished the night with 28 points, seven assists, three rebounds and one steal. For the Pacers, Stephenson notched his league-leading fourth triple-double, finishing with 14 points, 10 rebounds and 10 assists.

The Suns, who were projected to finish No. 29 out of 30 teams when power rankings were published by SB Nation in the offseason, have easily been the league’s Cinderella story this year. They are currently No. 6 in the highly competitive Western Conference and just finished 4-0 on their recent road trip out East. Dragic averaged 27.3 points, 6.6 assists and 3.6 rebounds in the final three games of the road trip. With teammate and potential all-star guard Eric Bledsoe out for more than half the season due to a knee injury (torn meniscus), Dragic has become the lead protagonist in what many journalists are describing as the league’s best story – if that’s not deserving of a spot on the All Star team, then what is?

Stephenson’s All-Star Game snub brings another factor to the forefront – a player’s past off-court issues. He was arrested in 2010 for assaulting his girlfriend, and while his own team has moved past his previous immaturity, the rest of the league obviously hasn’t. Stephenson’s spot on the team was presumably taken by the more-popular Joe Johnson, who is averaging 15.7 points, 3.4 rebounds and 2.8 assists a game for a team playing under .500 (20-23). Stephenson averages 14.2 points a game, 7.1 rebounds and 5.7 assists a game for the No. 1 team in the Eastern Conference. Most importantly, for players who have played 460-plus minutes this season, Stephenson is No. 14 in the league in wins produced per 48 minutes, according to Box Score Geeks. His play has a quantifiable impact on the Pacers’ win total – more than impressive for someone considered undeserving of an All-Star Game selection.

“I already had a chip on my shoulder and it made me even worse,” Stephenson said about not making the Eastern Conference All-Star team reserves. “Now I’m going to kill everybody who is in front of me.”

These performances by Dragic and Stephenson were no coincidence; NBA players are a proud bunch and not being selected as one of the best amongst your peers is the ultimate catalyst to improve one’s game. Golden State Warriors point guard Stephen Curry, drafted seventh overall in the 2009 NBA Draft, is the perfect example of this ‘snub’ theory. Curry has been playing at an all-star level for more than two years now. In 2012-2013, Curry averaged 21.6 points, 6.5 assists and 1.5 steals per game, to go along with his 45.3 percent shooting from three-pointers. He set a record for most three-pointers made in a season when he finished last season with 272 made three-pointers. He did not get the opportunity to play in the All-Star Game that season. This year, Curry averages 23 points, 8.7 assists and 1.8 steals per game – all improvements from the previous season. He will be starting at this year’s All-Star Game in New Orleans.
While the NBA All-Star Game is dedicated to showcase the best players from the first half of the current season, it ultimately is a subjective process that requires many worthy players to wait an extra year before they’re chosen to play. This year’s snubs now have a legitimate goal to strive for. Each one of them know their play this year, regardless of how praiseworthy it has been, was simply not good enough to be chosen for the All-Star Game. The next step is simple: keep improving like Curry did, or fall back into obscurity.