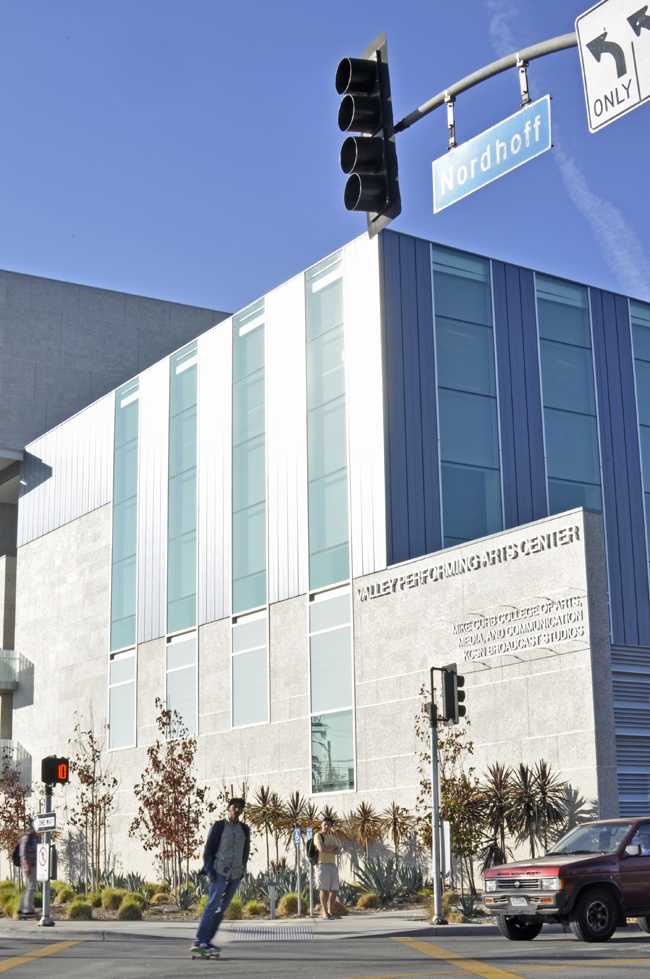 From construction to its inaugural curtain call in 2011, Cal State University Northridge’s Valley Performing Arts Center (VPAC) had one goal in mind, to be a factor in the concert hall culture that Los Angeles is known for around the world. As explained by Steven Thachuk, the VPAC’s interim executive director, there has been a revitalization of culture in L.A., and the VPAC simply wants to be a part of that.

In just three years since its opening, the VPAC already has quite a bit of clout amongst the classical and jazz music communities. Thanks largely in part to its noteworthy flexible acoustic system, the VPAC is well on its way to becoming a venue in the same light as the Walt Disney Concert Hall, only better.

Whereas more notable venues in LA such as the Walt Disney Concert Hall and the Nokia Theater by L.A. Live are able to utilize walk-by traffic to attract new audiences, the VPAC’s location in Northridge doesn’t offer the same luxury.

The venue’s lack of walk-by traffic combined with its youth would, at least logically, make it that much more difficult to attract artists and audiences. However, the VPAC’s flexible acoustics feature along with its screen ‘grillage’ covering the interior walls, make the venue a perfect fit for a variety of musical styles and performances.

Regardless of what is required for each respective performance, the adjustable acoustical system is controlled backstage. Additionally, the adjustable orchestra shell creates the majority of its “acoustical reflectivity in its lower portions” and allows “some of its built-up sound to bleed to backstage.”

The Walt Disney Concert Hall, in comparison, was designed to be a symphony hall; its acoustics, designed by Yasuhisa Toyota, are known as “surround style” or “vineyard style”, allowing for a more clear distribution of sound.

In an interview with the L.A. Times, Toyota added that the surround style’s more intimate arrangement “can minimize the distance between the stage and the audience.” When asked what sets apart Walt Disney Concert Hall’s acoustics from other similar venues, Toyota immediately responded by referring to “intimacy.”

“Visual intimacy was created by Frank Gehry,” Toyota said. “But if I did something to create acoustical part of intimacy, I would be very happy.”

The Nokia Theater, specifically designed to be a combination of a concert bowl and an arena, is able to provide acoustical environments particular to each performance, due to its flexible active acoustics provided by Meyer Sound.

Aivar Sirelpuu, general manager for the Nokia Concert Hall, credits the flexibility of the hall’s acoustics as the main reason the Nokia Theater became a successful multi-use venue.

Thachuk described the VPAC as more of a shoe box layout, with no seats at the side or behind the stage like Disney has. The lack of ingenuity in its traditional seating layout is made up for with the VPAC’s flexible acoustical system that modifies the hall for each specific type of performance, similar to that of the Nokia Theater.

David A. Conant, principal of acoustical consultants McKay Conant Hoover Inc. who managed the acoustical design of the VPAC, noted in a 2011 interview how important the 3D computer models of the hall interior were to defining the perfect parameters.

“We build from the architect’s drawings a 3D computer model of the hall interior, place a virtual musician or orchestra on stage and let the computer identify important acoustical parameters of that specific design,” Conant said. “Because VPAC required serving an unusually wide spectrum of performance types, this helped confirm our design approach early on.”

The interior walls of the VPAC continue to be more than meets the eye with its screen grillage that covers the rear and side walls. By using sound absorptive wool serge fabric, the designers of the VPAC kept the hall’s appearance as it was while improving the wall’s reflectivity and absorptivity.

“From my ears, I like [the VPAC] a little better [compared to Walt Disney Concert Hall],” Thachuk said. “Objectively, it sounds better than the Disney Hall. There’s a certain sparkle to the sound, and a lot of the performers are saying the same thing.”

I think I was most suprised by how alive everything felt. To be honest, once you’re inside, it doesn’t feel like you’re at CSUN any more.

Though the adjustable acoustical system has helped rank the VPAC among some of the finest venues in Los Angeles, it’s the overall experience of attending a show at the VPAC that has brought audience members back for more performances.

“We are growing in our attendance and audience base,” Thachuk said. “The customer service here is really great, exceptional. They [audience members] appreciate the quality of the show and the quality of experience.”

For those who have lived in the valley for the majority of their lives, the VPAC and its performances serve as a cultural escape. From the moment you enter the building, everything from the customer service, lighting and interior design is akin to a breath of fresh air. And this is all before the performance even begins.

“I think I was most surprised by how alive everything felt,” Jordan Allender, former CTVA student at CSUN, said. “To be honest, once you’re inside, it doesn’t feel like you’re at CSUN any more.”

Led by Thachuk, the VPAC is currently working with departments on campus to better cater its performances to students’ academic interests. While those efforts continue to materialize, notable artists are constantly being booked to perform in what some refer to as the Valley’s diamond in the rough.

“Just based on audience feedback, our hall ranks up there with the finest,” Thachuk contended.